The Emigration Museum is situated in the very heart of the Gdynia port, at 1 Polska Street. Here stands the historic Passenger Sea Terminal, which was erected during the interwar period. Due to its fascinating history, it is not only the headquarters of the Museum, but also an important part of the narrative that we are presenting. 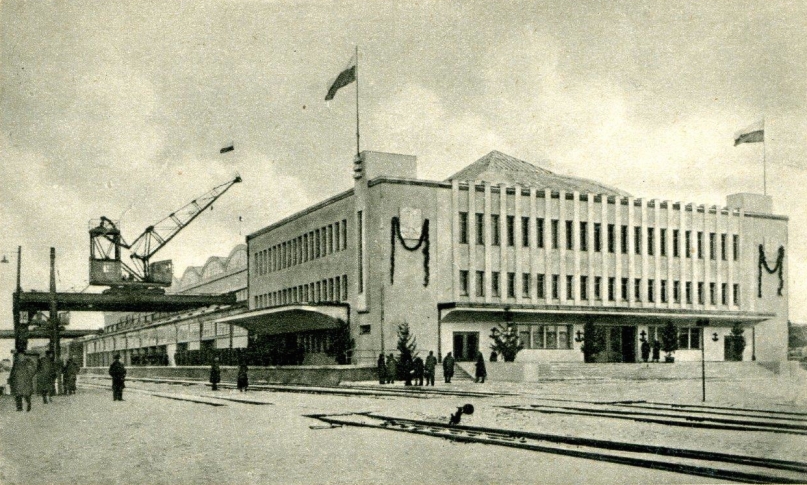 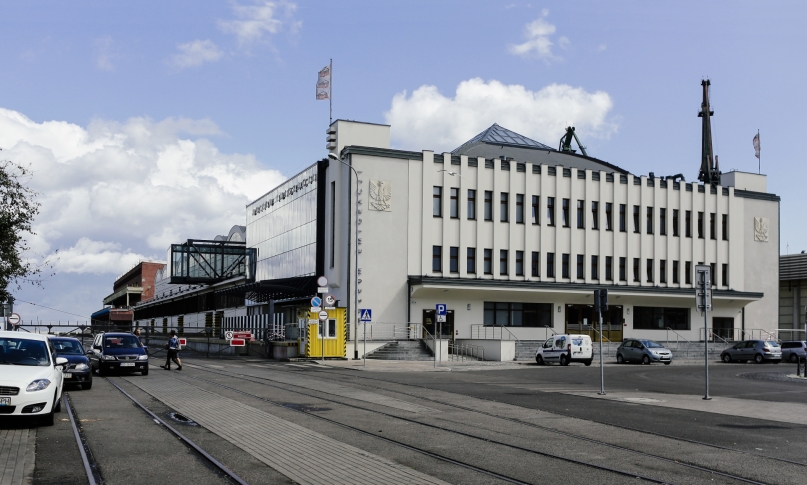 Why was this specific site selected to house the first ever Emigration Museum in Poland? It was here, that the heart of the pre-war passenger traffic was located. A place where the legendary Polish ocean liners moored, led by MS “Batory”. The building formed the main part of an extensive emigration infrastructure, which also included such facilities as the Emigration Camp in the district of Grabówek and the quarantine hospital in Babie Doły, amongst others. At the time when it was put into operationin 1933, the Sea Terminal was one of the most modern facilities of its kind in Europe. It provided efficient service in comfortable conditions.

The building also fulfilled an extremely important representative function: it was the very last image of Poland remembered by the emigrants, and the very first sight welcoming those arriving from abroad. Its architecture, monumental and elegant on the one hand, and avant-garde and functional on the other, combined the most important features of Gdynia – the pride of the Polish state, and a city open oto the world and modernity.

It was from the Sea Terminal that hundreds of thousands of people left Poland prior to the outbreak of the war. In later years, the oceanic passenger traffic was restored on a more modest scale, and in 1988 the last Polish ocean liner was decommissioned.

New face of the pearl of modernism

The present-day shape of the building is the result of painstaking restoration work and adaptation of the edifice’s architecture to its new role. The building was severely damaged during World War II and waited for 70 years to be fully renovated in order to be restored to its harmonious shape. It was possible to a large extent thanks to the funds from the EU JESSICA programme. The work included an overhaul of the northern part of the Passenger Hall, the interiors were reconstructed and the façades renovated, restoring the bas-reliefs of the eagles and the stuccos of the façade, among others. The solutions proposed by the Arsa Design Studio, in terms of the remodeling of the building, paved the way for the restoration of the Station to its former glory and allowed it to more efficiently utilize its unique, for a cultural institution, location at the very center of the port. Its glass wall with a seaview, a spacious terrace and its facilities for people with disabilities are all part of the rejuvenated face of this historic site. Since 2014, the edifice has been the central landmark of the city again, and its showpiece welcoming the thousands of visitors arriving on some of the largest cruise ships fromall corners of the world , which moor each year right here on the French Quay.

Museum in the heart of the port