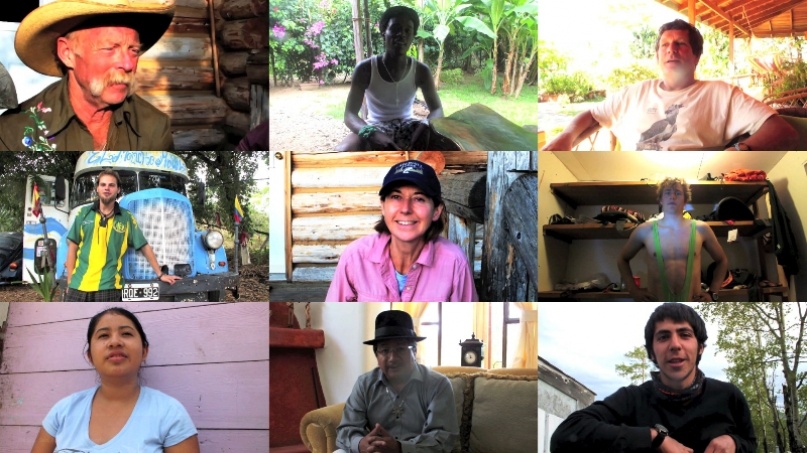 The winning report will be presented on March 13 during KOLOSY in Gdynia.

What do I consider to be my greatest achievement? What do I believe in? And finally – where am I going to? These are the questions several dozens of people from all over the world attempted to answer during a conversation with the author of the film report “Nomads” – Mr. Władysław Labuda, who became the laureate of the second edition on Paweł Edmund Strzelecki Award founded by the Emigration Museum in Gdynia. The presentation of the Award – together with the screening of the winning report – will take place on March 13 in Gdynia, during this year’s edition of KOLOSY.

The dozens of reports we have received in application for this year’s Strzelecki Award came from six continents and managed to present a wide spectrum of views at the phenomenon of modern-day migrations. The jury – consisting of Monika Witkowska (traveler and Himalayan mountaineer), Filip Ćwik (photographer, World Press Photo 2011), and Karolina Grabowicz-Matyjas (Director of the Emigration Museum in Gdynia) – appeased their difficult duty of choosing the winner by awarding two special distinctions – one for the film “Wyspa” [Eng. Island – trans.], directed by Justyna Gładysz, and one for the photo report “Ślady” [Eng. Footprints – trans.] by Krzysztof Pierzgalski. Together with the award itself, the winner will receive 3000 PLN, and the distinguished authors – 1000 PLN each.

The protagonists of “Nomads” are comprised of people the author had met during his travels all over the world. Each of them has their own, unique story to tell, and yet they all are just usual people, for whom being on the road is a sort of a metaphor for life. For example, Rusty from Great Britain who – after having visited more than a hundred countries – decided to settle down in Guatemala and open his own hostel. Nearly everything sets the presented people apart (sex, age, origin), yet their individual stories make up a coherent tale about being open to the world and other people. Racial or cultural differences are used for confrontation – remarks Auki from Ecuador – but I see the desire for friendship, respect, and the will for solidarity and freedom among all the citizens of the world. Teenage Anastasia from USA adds: we should all find a common ground because it doesn’t look like we’re leaving Earth anytime soon.

In its explanation, the Jury stressed that the main prize was awarded for an intriguing, passionate, and optimistic film about people and the world in motion. They were moved by this tale of multiculturalism and a lesson of respect for a fellow man, full of understanding for versatility of societies and the world we live in. According to the jurors, it is a timeless tale about the uniformity of our dreams of freedom, wherever we come from.

The two distinguished reports present completely different experiences of emigration, but the members of the jury spotted something unique in each of them. The film “Wyspa” was acclaimed for its courage in the presentation of a personal emigrational experience. For tackling the difficult subject of mass labor emigration to Great Britain and for the presentation ofa shocking story about facing both the reality of life there, as well as one’s weaknesses. On the other hand, “Ślady” were honored for the intricate presentation of the disappearing cultural landscape of Low Beskidsand for the touching, authentic, and honest interviews with the people living there – conversations about the history of migration in its human aspect and about our present-day experience of that important phenomenon.