You’ve met a countryman during your holiday trip? Participate in this contest! 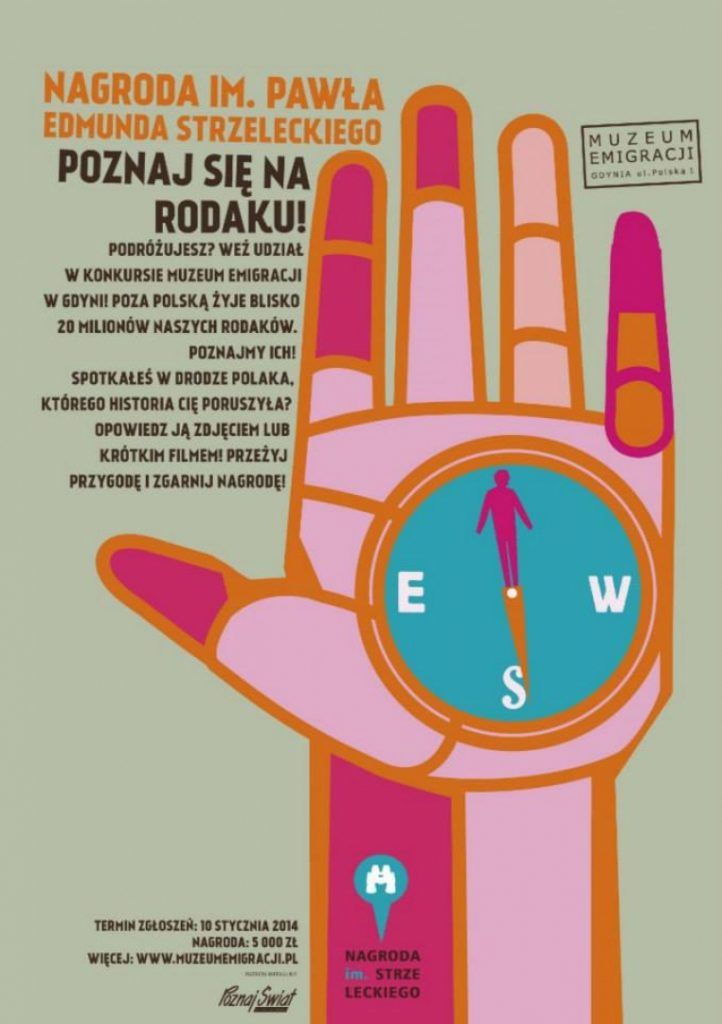 The Paweł Edmund Strzelecki Award awaits for the winner until January 10, 2014.

Until January 10, 2014, 5000 PLN awaits the winner of the Paweł Edmund Strzelecki Award contest! It shall be awarded to the author of the most interesting video or photo report about a Pole living abroad.Under the banner of “Get to know your fellow countryman”, everyone who set off for a journey can participate in one more adventure.All you have to do is refresh your memory and browse through your photos – even those in your mobile phone – because what’s most important is a fascinating story and that particular, special protagonist.

Whether you use aphotograph or a video, it is important to accompany it with a text presenting the protagonist of your report, his/her personality, life, and history.The decisionto use visual material or a raw journalistic report format is entirely up to the participants, as well as who should your subject be – it may be one person, but also a whole family of community.It’s important, that they are unusual countrymen, who haven’t forgotten their roots despite living abroad and their passion, personality or accomplishments inspire everyone they meet. Will it be a doctor? An inventor? Maybe a bus driver?

The applications will be assessed by our jurors, who are competent enough to appreciate a good eye for detail, good writing, but also openness to another human being or journalistic inventiveness.They include Marek Kamiński, conqueror of both poles, Chris Niedenthal, outstanding photographer, and one of the most popular globetrotters of the young generation – Tomek Michniewicz.

The selected story will have a unique opportunity to be presented in “Poznaj świat” magazine, the media patron of this project and one of the oldest Polish publications about travels. Some of them will also be presented to participants of the 14th edition of National Meeting of Travelers, Sailors, and Mountaineers in Gdynia.

The patron of the award is Paweł Edmund Strzelecki.The first Pole to travel around the world alone, he was a prominent geographer, whose expeditions continue to impress, to this day, due to their reach and ambition. His greatest discoveries were made in Australia – he described new lands and mountain ranges, identified deposits of coal, oil, and gold. In fact, he gave the current name to the highest summit on the continent, Mount Kosciuszko, after the Polish national and American Revolutionary War hero Tadesz Kościuszko.History cites many other examples of Polish emigrants making breakthrough discoveries, setting new records, initiating economic growth, and shaping political landscape in various parts of the world. With the Strzelecki Award, the Emigration Museum in Gdynia wishes to make a statement about the world today, about the modern Polonia, and about its heroes who make the world a better and more interesting place.

We encourage you to familiarize yourself with the contest’s Terms and Conditions. [READ]

More about the contest: Get to know your fellow countryman!