84th birthday of the Maritime Station in Gdynia! 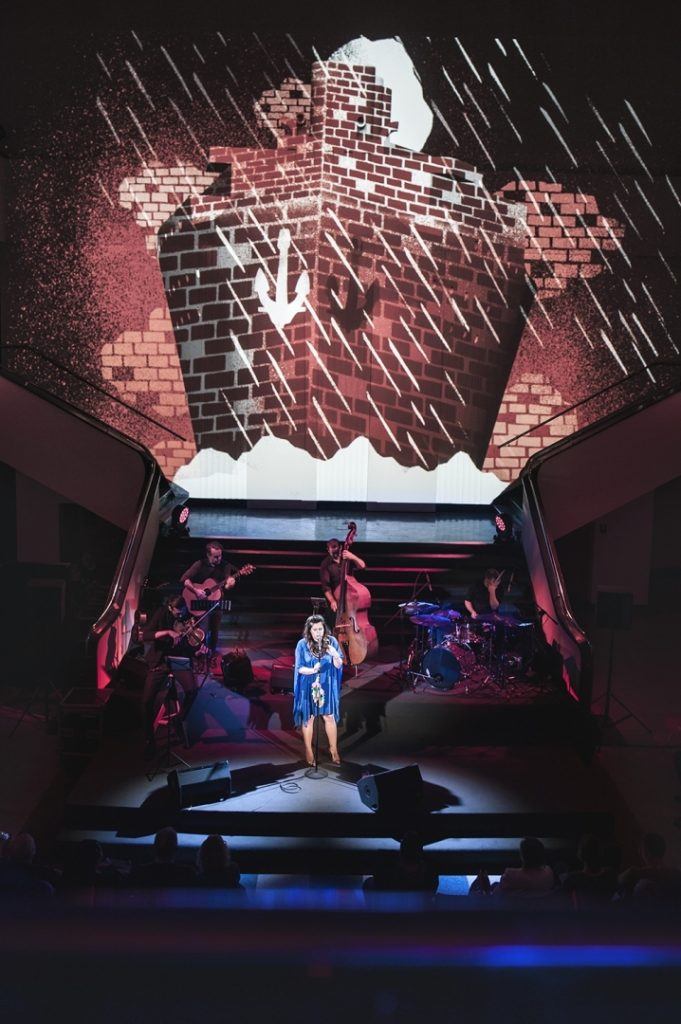 On 8th December we celebrated 84th birthday of the Maritime Station in Gdynia! Monika Borzym performed a concert. Visual setting was prepared by Mariusz Waras.

On December 8, 1933, Gdynia became the centre on the map of passenger traffic of the whole Poland.

On Friday, 8th December 2017, we celebrated the 84th birthday of the Maritime Station.

It was the Maritime Station building that was the departure point for Poles setting off into the distant corners of the world. The French Quay, located next to it, was a berthing area for the legendary Polish ocean liners. This year, the building of the Maritime Station celebrated its 84th birthday. While the records suggest it is really old, thanks to the general renovation and transforming it into the premises of the Emigration Museum, it regained its former splendour and vitality.

For this occasion, as every year, we prepared a special artistic programme!

Especially for the Emigration Museum in Gdynia, the Tri-city artist Mariusz Waras created an artistic visualization referring to the history and tradition of the 84-year-old Maritime Station. The original and unobvious animations filled its interiors, the history of Polish emigration came to life in front of the guests, and a huge ship entered the space of the station.

A part of the celebration was also Monika Borzym’s singing performance – jazz arrangements of Joni Mitchel’s songs from “Back to the garden” album.

It was a musical feast for fans of classical jazz sounds enriched with inspirations from almost all music genres, such as classical music, soul, funk, reggae and rock.

Monika Borzym collaborates with leading artists of the world jazz scene.Her “Girl Talk” album went platinum and “My Place” was awarded a gold disc. After the concert, fans had the opportunity to make a short conversation with the artist and to get autographs.

See you next year, on 85th birthday of Gdynia Maritime Station.