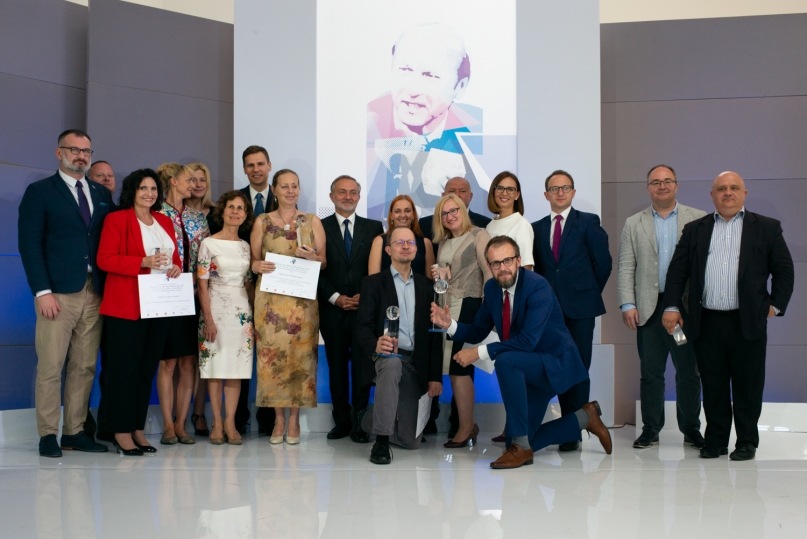 The laureates of this year’s edition of the Maciej Płażyński Award for journalists and media who serve the Polish Diaspora (called Polonia) were journalists from the Czech Republic, Canada, Germany, the United States and Ukraine. The jury selected the winners from among fifty applications.

The prize for the “Journalist of the Polonia Medium” category was awarded to Małgorzata P. Bonikowska from Canada, a creator and main author of the podcast POLcast – an innovative medium in which she promotes knowledge about Poland and Poles in English. In her programmes she arouses curiosity about the world by selecting interesting interlocutors.

The jury also distinguished Beata Kost, a journalist of “Kurier Galicyjski”, for her book “Kobiety ze Lwowa” (Women from Lviv), in which, in an interesting way and with vivid language, she portrays more than thirty women connected with the city.

Gerhard Gnauck – who is an author of important and unconventional texts on Polish politics, published in “Die Welt” and “Frankfurter Allgemeine Zeitung”, received the award in the “Foreign Journalist Publishing about Poland, Poles and Polonia” category.

In the “Editorial Office of a Polonia Medium” category, the prize went to “Głos – Gazeta Polaków w Republice Czeskiej” – for professionalism and consistent effort, which results in publishing a newspaper for Poles in the Czech Republic several times a week.

The jury also decided to distinguish “Culture Avenue” – an online magazine from the United States, which uses modern forms to promote Polish artists spread all over the world and often unknown in Poland.

At the same time, the jury drew attention to many other applications in this category, welcoming further successful initiatives to build traditional and online Polonia media in many countries.

This year, the jury decided not to award the prize in the category Domestic Journalist Writing About Polonia.

The Maciej Płażyński Award has been established in order to honour the work of journalists and media serving Polonia. It is the initiators’ intention to preserve in the memory of Poles the silhouette and legacy of the Patron of the Award –an anti-communist opposition activist, the first non-communist voivode of Gdańsk, the Marshall of Sejm of the Republic of Poland and the Vice-Marshall of Senate, the Chairman of the Polish Union Association (Stowarzyszenie Wspólnota Polska), a man of wide horizons and forward-thinking attitude to Poland and to the world.

The Award is handed each year in four categories for journalistic work during the previous year: “Journalist of the Polonia Medium”, “Domestic Journalist Writing About Polonia”, “Foreign Journalist Publishing about Poland, Poles and Polonia”, and “Editorial Office of a Polonia Medium”.

The prize in the three journalistic categories constitutes of a statuette and a financial reward of PLN 10,000, whereas in the “Editorial Office of a Polonia Medium” category it is a statuette.

The Maciej Płażyński Award for journalists and media serving Polonia was initiated by Press Club Polska, Jakub Płażyński, the Presidents of Gdańsk, Gdynia, and Sopot and the Marshall of Pomorskie Voivodeship.