A good coach is always there 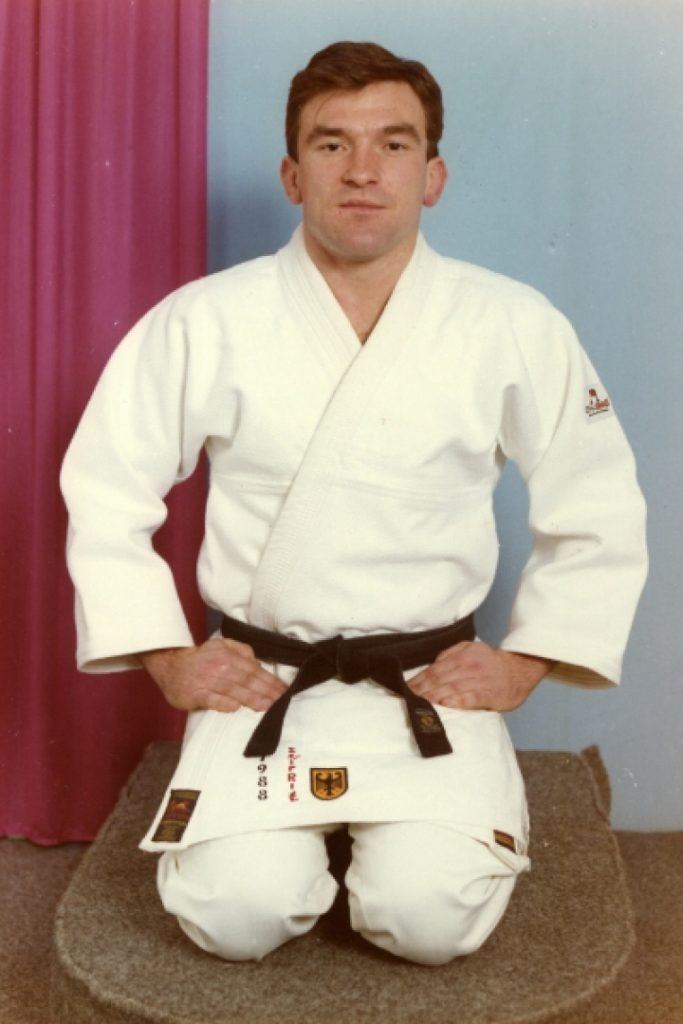 We invite you to read an interview with Januszem Pawłowski, judoka.

How did your adventure with Judo begin?

It began accidentally.There was a show on the TV by Marek Grot called “The Contest of Five Millions”.That’s when I saw what the sport looked like.There were a couple of fitness exercises, some reaction ones, and the rest was pure action.I found it very fascinating.Besides, many of my friends watched those shows and everything had to be immediately put to practice and verified outside.Each of us imitated what we saw on the show to the best of our abilities – sometimes better, sometimes worse.We started practicing judo in our backyard sandbox.Aside from that, I was trying to find a club myself and the closest one was Flota Gdynia.I remember I went there with my mother, who was repulsed by the smell of the gym (she was probably right), so I entered alone.However, I was asked to leave since the course was full and there was no chance for me to get admitted then or in the near future, so I went home puzzled.But I didn’t give up.

How did you manage to get admitted?

I made a silly mistake and told my father I got admitted.Every day I would take a bag with sportswear and go to the club hoping that someone would eventually take pity on me and let me in or that I would just squeeze into that group.But it never happened.I had to endure the cold and watch all the things they were doing inside through a window.It all took place at school no.32 on Nowotka Hill.I watched the course from outside for a good couple of weeks.I made another attempt when another coach took over the class, but he also thought he had enough students.I thought to myself that it would be hard for me to get through the winter like this, because winters in Gdynia are windy and humid.I tried to think of something, and eventually I did: I bought sail fabric at a scouting store. With that fabric I went to my aunt, who was a tailor. I drew some sketches about what I had in mind more or less. Poor thing probably broke a couple of needles, but she did manage to make something resembling a judogi (judo uniform).I also found an old belt resembling a judoga obi belt. With all that, I just mixed in with the crowd.And when I did mix in with the “elite”, I was probably thought to have been there for a long time.Looking through the window, I managed to learn something so I wasn’t worse that those participating in the trainings, and somehow I stayed.

You have been a coach for many years. What features should a good coach possess, according to you?

It is a huge thing to be a good coach.I met only a couple of them in my life.Definitely, it isn’t an easy profession.A good coach’s feature is that he should always be there.For the weaker contender and for the strong one.I have to be there for all of them, for as long as they wish, before the training or after the training.I have to know how to talk to them, how to dress their wounds when they injure their hand, I have to understand their pains or the fact that it didn’t go well for them on a particular day, and accept that. The best coaches are those who are always there.Besides that, one must possess a certain level of knowledge.One has to be a bit of a psychologist – have a good contact with a contender.A good coach should also know how to motivate his contenders in particularly difficult, stressful situations.A coach mustn’t influence a contender in a way that would have a negative impact on him before a competition, because in a situation of all-or-nothing fight he might decompose a bit.A good coach should be able to position himself as an example for the contenders, so that they can feel calm and what awaits them is nothing different from what they do every day.

You have worked in Kuwait, Slovenia, or in Italy. Have you ever thought of Yourself as an emigrant? Was that term present in Your vocabulary?

No. I consider myself a person who works in the same way in all conditions, environments, and places.I could work in any other place.The fact I am in Italy at the moment doesn’t change my plans. Sometimes I receive letters from the local authorities asking me to participate in a voting, but I don’t feel tied to this place enough to vote. I am a citizen of Europe.

Presently, you work in Torino. What do you miss when leaving for Torino?

I miss my friends.Other friends than those I have in Torino.However you look at it, it is still a sports environment, and I grew up in Poland, in Gdynia.Various phases of our lives and mutual experiences tie me to my Polish friends.I miss meetings with friends and family.Thankfully, we all come together on holidays.Sometimes it is just…. so human to talk Polish with someone who isn’t that interested in my everyday work.Talk about all those human things one usually doesn’t talk about with friends on the phone.To sit and talk while looking at each other.When it comes down to food, I satisfy all my culinary needs during my visits in Poland.

What have you gained from those trips?

Above all, they taught me how to behave with people, a direct contact.It doesn’t matter what country it is, people are the same and their needs are similar.Teaching them, I also learn about their reactions to my proposals.I strive to be better.I’m good at that – I know what their needs are, I know how to reach them.Also all the situations I’m put in, because of being in various places.I often train coaches.People ask me a lot of questions and I face them.After many years of experiences, I know what a perfect lesson should look like, I know people’s expectations, and I know how to meet them.It helped me a lot in my profession.Language is the greatest value. Having been to various places I managed to learn those languages fairly quickly.It would be hard to accomplish back home.

What are the things people leaving Poland should try to remember?

They shouldn’t feel negative about Poland, that’s the worst.People have resentments and leave counting they will find something that isn’t here. Generally, everywhere is similar.One can improve their life, but one has to be prepared for it.And one has to be able to take some blows.

Janusz Pawłowski – born in 1959 in Sopot. One of the most distinguished Polish judokas, a Bronze Medalist at the Olympic Games in Moscow in 1980, and a Silver Medalist of the Olympic Games in Seoul in 1988.A judo toss he performed at the the Seoul semi-final was chosen as the most impressive move of the whole tournament.He has been champion of Poland several times, and a medalist of World and European championships.After his athletic career, he became an outstanding trainer (working with the Polish National Team, as well as contestants in Kuwait and in Italy).A Meritorious Sport Champion, he was awarded the Silver Medal for his Outstanding Achievements in Sport, and a Silver Medal of Honor.In 2013, he presented his very own star at the Alley of Sport Stars in Cetniewo, honoring the most distinguished people of sport from Poland and abroad.He now trains Italian contestants in Torino.