A meeting on Polska Street 1 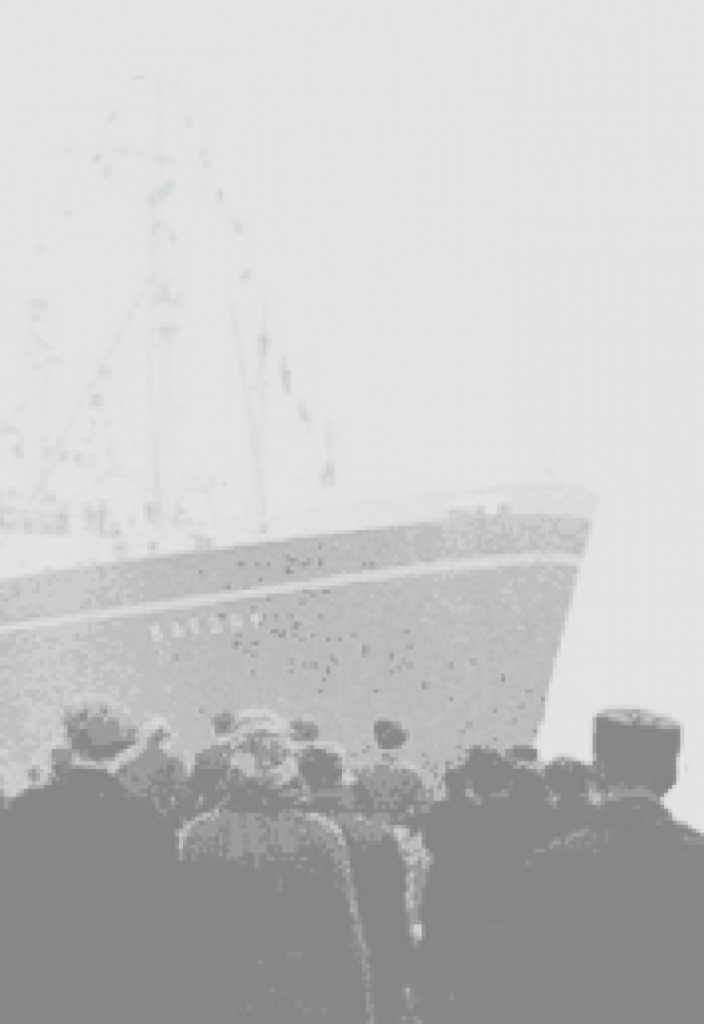 On the occasion of having finished the construction works in the historical Marine Station, on August 18, 2014 we received very special guests at the future seat of our museum – Professor Małgorzata Omilanowska, Minister of Culture and National Heritage, and Mr. Wojciech Szczurek, President of Gdynia. They met with the director of our institution, Mrs. Karolina Grabowicz-Matyjas, and numerous journalists.

Our guests marveled at the most representative building in Gdynia – in the 1930s, the symbol of a country deserving its presence by the Baltic Sea – now not only restored, but also adapted to the needs of a modern, multifunctional institution of culture. The reconstruction received recognition both in terms of its execution, as well as in terms of the sheer idea of housing the Emigration Museum here. According to Professor Małgorzata Omilanowska, the museum inhabiting an existing building, instead of requiring the construction of a new, huge edifice, is an exemplary solution. We should more often search our public space for valuable, unique places worthy of preservation – this is exactly what we managed to accomplish in Gdynia. The restored Marine Station is about to begin serving a very important role on the cultural map of Poland.

The Minister of Culture and National Heritage expressed her opinion that the emerging Emigration Museum in Gdynia will be an institution of nationwide, even worldwide importance, given the many generations of Polish emigrants we would like to remain connected to.

The exceptional importance of the institution in terms of maintaining our relations with Polonia was underlined by Mr. Wojciec Szczurek: We want Poles in Poland to be aware of the scale of Polish emigration back in the day and in the present, but we also want to explicitly tell the Poles scattered all over the world how important they are to our country, that we remember them, and that we want to build strong and lasting bridges for them and ties to their homeland. The President of Gdynia expressed the opinion that the Emigration Museum in Gdynia will be a lesson on history, but also on the present.

The educational and dynamically changing character of museums was underlined by Minister Omilanowska too: We need to lift the spell from museums, change their social image, because the ones being formed presently offer very fresh and modern cultural propositions. Their visitors seem to have noticed that already, because the number of people visiting museums have increased in recent years by 20% – no other branch of culture can boast such dynamic growth.

Mrs. Karolina Grabowicz-Matyjas, Director of the Emigration Museum in Gdynia, shared some details about the development of the project: The restoration of the building’s original body has been completed. Presently, we are busy shaping the heart of this museum – the permanent exhibition. Simultaneously, for the past two years we have been working hard on making this institution present both in the public space and in the consciousness of Poles at home and abroad. President Wojciech Szczurek had no doubts about the final success of the institution that is being born under the address of Gdynia, Polska Street 1: the brilliance of this place will make the sensations and the experiences of visiting it totally unforgettable.