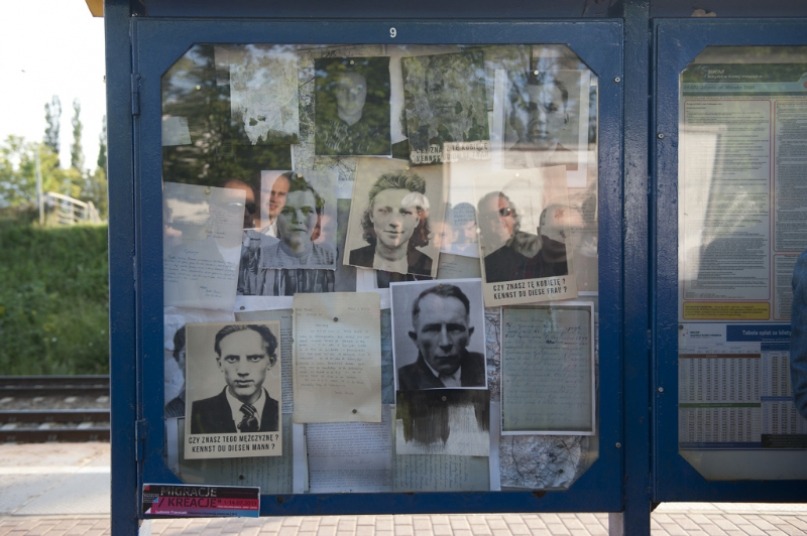 The MIGRATIONS | CREATIONS exhibition received a warm welcome and sparked many reactions and comments.

Since July 1, the MIGRATIONS | CREATIONS exhibition has been presented in Tricity’s main transportation artery – the SKM network. Its main assumption is that it tackles important subjects – such as emigrant identity, their status, and relations between modern nomads and societies – not inside closed halls of galleries, but in streets – close to people, always ready to initiate a dialogue. This openness defined its value and the language modern art uses to comment on the most important and actual topics.

The presentation of art in a public space makes the content, prepared by artists, available to reinterpretation by others. Iwona Zając’s “I’m a foreigner. Can you give me some advice?” realized by the Gdynia Główna Railway Station, evoked extremely spontaneous reactions – thanks to leaving markers by the billboard, the artist opened an opportunity to comment her work. Within a couple of days, the mural became filled with inscriptions, slogans, and drawings – part of them indeed constituted valuable advice for The Foreigner, and another part was a manifestation of various ideas or a result of the more-or-less subtle creativity of the passers-by.

An unexpected commentary appeared in the case of two billboards by Galeria Rusz – “At last” and “Freedom”. During the night of July 9, they were modified without the consent of the authors or the producers of the exhibition – someone manifested their support for Edward Snowden, pointed out violation of freedom, and took up a situation of a modern emigrant in search for a political asylum. Such activities form one of the strategies of street art named subversion – an adaptation of existing visual works in order to alter their meanings. Karolina Grabowicz-Matyjas, Director of the Emigration Museum, commented: “When placing Galeria Rusz’s works in Gdańsk Stocznia station, we were aware that this place had been a platform for artistic and social interventions criticizing our reality. Taking them out of the safety of galleries and museums, we consciously decided to undertake the risk of opening the exhibition to an organic, urban reception. Nevertheless, regardless of the fact that the annexation of the pieces expresses an artistic concept of ad-busting, an important and valuable realization has been appropriated. We do not approve of it, hence we’ve already undertook steps in order to restore the works to their original form.”

An act of pure vandalism has been exercised on Ludomir Franczak’s work “Recovered” in Gdynia Redłowo station. Unknown individuals broke into the cabinet and removed the installation consisting of archive material – photographs presenting Germans of Człuchów and Miastko, as well as hand-written resumes of German citizens of Słupsk, who attached them to their loyalty declarations after World War II ended in 1945. The classifieds placed in the cabinet posed such questions as “Do you know this woman?” “Do you know this man?” – calling up memories of post-war migrations and complicated fates of people inhabiting these territories. The intentions of the people who dismantled Franczak’s work are unknown. It cannot be restored. However, after consultations with the author, it was decided to place a photograph of the “Recovered” work in the cabinet – with a commentary about the theft of the original piece.

The introduction of art in a public space may cause a number of different reactions – from indifference to embracement, from dialogue to misunderstanding, rejection and criticism. Yet such initiatives are worth the effort because the subjects they touch and the question of emigration are current problems that move the public opinion. The MIGRATIONS | CREATIONS exhibition demonstrates that art in a public space commands a certain degree of strength, and the phenomenon of emigration is worth presenting and talking about.