Meeting with Arlette Cousture, author of the book Children from there 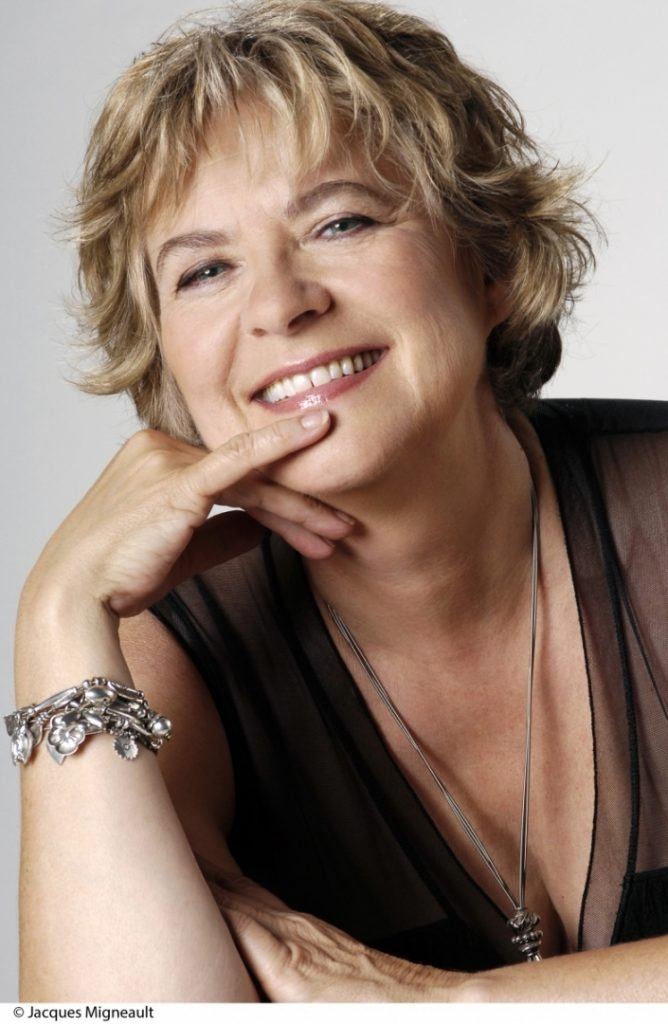 Saturday, 28.10.2017 | at 17.00 | The Museum of Emigration in Gdynia
The interview will be conducted in English and translated into Polish.

In the year of the double jubilee, the 75th anniversary of diplomatic relations between Poland and Canada and the 150th birthday of the Confederation of Canada, the novel Children from there goes to the Polish reader. Arlette Cousture is full of sympathy for Poland and Poles. The book was preceded by four-year studies on Polish culture and history.

– I wrote this book with great admiration for Poland. I am happy that it will go to the hands of the Polish readers. For this reason, my characters are symbolically back to the family home. – says the author.

The book is accompanied by the campaign “Stop the Culture of Waste”, carried out by The Bridge Foundation.

Thanks to the collected funds, 2000 copies Children from there printed on eco paper will go to the libraries in 314 poviats in Poland. The première of the book is scheduled on 26 October at the International Book Fair in Kraków.

Arlette Cousture is a well-known Canadian writer, author of the bestseller Filles de Caleb (Daughters of Kaleb), which was the basis to write a TV series enjoying great popularity in Canada.

Children from there is a harrowing saga of Polish refugees who rebuild their lives in Canada.

The action begins in 1939 in Kraków. The Pawulscy siblings, George, Elizabeth and John enjoy their youth, unaware of the impending disaster. World War II soon covers Europe with so impenetrable dark that even the birds seem to be silent. John and Elizabeth, and then George, cross the Atlantic and travel to Canada. Separated from their family, they face a new, foreign and stunning world. For them, life is just beginning…

Children from there is a full of dramatic and emotional family fresco embedded in the times of war migration. The book is not deprived of humour and touching images of what is lost.

Arlette Cousture was born in 1948 in Montreal. A graduate of the University of Montreal and the University of Quebec. After receiving the diploma of the cultural and theatrical animator, she took up a job as a teacher. In 1971, she began her career as a TV presenter, journalist and reporter. Since 1978, she has devoted herself entirely to a creative work. She has become famous for Les Filles de Caleb (Sisters of Caleb). The novel was screened, and the series achieved record viewing figures in the French-speaking part of Canada.

In 1992 and 1994, Ces enfants d’ailleurs – Children from there was published, the two-volume historical family saga about the fate of the orphaned three siblings – Polish emigrants from Kraków, who headed for Canada after World War II. The screenplay was written for the film, and a part of scenes was filmed in Kraków, with the Polish cast. In 1995, the author was awarded with the readers’ award of Journal de Montreal for Children from there.

The following years enriched the work of A. Cousture with subsequent titles and genres of literary essays, short stories and novels.

The writer is the winner of many literary awards: Radio Canada, the Journal de Montreal, audience awards at Montreal book fairs, the Biblio award – the most sought after books in Quebec libraries. She is awarded with the Order of Canada (the highest civilian honour), the Order of the Pleiades, the Order of Quebec and Montreal, and the honorary order of the Quebec National Assembly.

Charity remains close to the heart of A. Cousture. She is involved particularly in the awareness of society on the challenges associated with multiple sclerosis and the protection of the rights and interests of people with intellectual disabilities.

More than 100 tons of waste paper – it is the equivalent of the funds collected in the Canadian-Polish campaign carried out by The Bridge Foundation. Małgorzata Kożuchowska is the ambassador of good will of the Foundation and the campaign in Poland. The actress plays the main role in the TV series “Rodzinka”, which is a Canadian production. The funds collected in the campaign turned into 2 000 books of Children from there, printed on eco paper. They will be provided to the libraries in 314 poviats in Poland. Schools, businesses and individuals have joined the waste collection.