Batory in photographs during the Film Festival 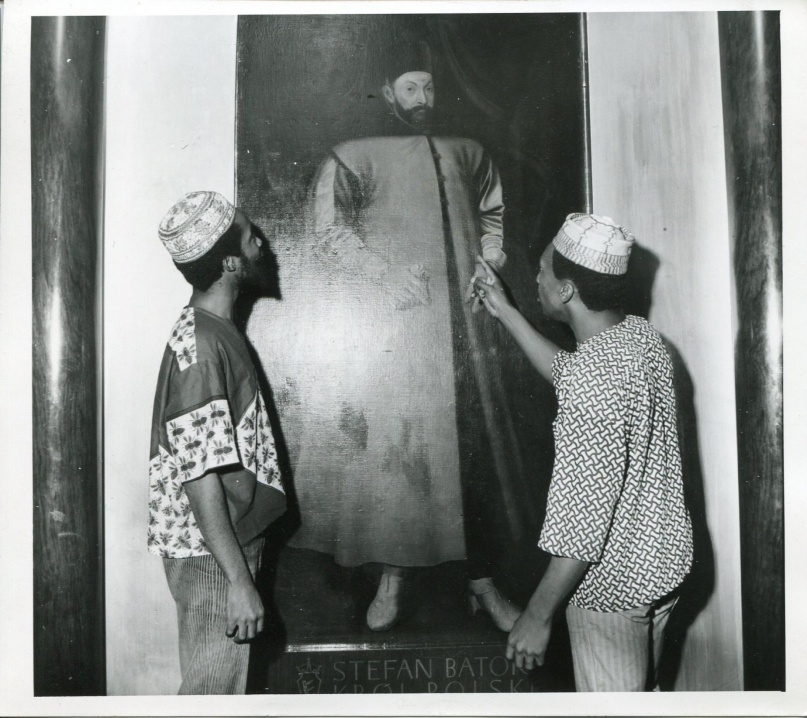 Stories straight from the most famous Polish ocean liner M/S Batory will appear at an open air exhibition in Grunwaldzki Square from 19th to 25th September. The Emigration Museum in Gdynia will present the photographs by Florian Staszewski who worked on board the ship for over 20 years. The exposition accompanies the 41st Gdynia Film Festival.

Who had a good time at the all-night balls on boars the ship and what forms of entertainment were offered by the symbol of luxury in the Polish People’s Republic of the 50s and 60s?The photographs by Florian Staszewski are a unique opportunity to get to know the exceptional ship and its famous guests, like Anna German the singer or Kalina Jędrusik the actress. They give you a tour of banquets, siestas on the sunny deck, obligatory fire and evacuation practice for the passengers and the secret corners of the kitchen or the captain’s bridge. You will see both the ship’s beauty pageant and the, sometimes really hard, tasks of the seamen who took care of the gem of the Polish ocean fleet. The photographer did not miss the situations, when Batory participated in rescue operations and picked up survivors from other vessels, like the Dutch bulk carrier Jacob Werolme on which there was a tragic explosion in January 1967.

Few people knew Batory as well as Florian Staszewski did. He spend over twenty years on it. His adventure with the famous vessel began after World War II, when he found a job at one of the photographic studios. Over the years, he gathered an extraordinary collection of his work, which was presented at several solo exhibitions. He also worked for the film industry and documented the work on productions shot on the sea, like Passenger by Andrzej Munk.

Most of the photographs by Folrian Staszewski have not been presented to the public for over 50 years. Today, they constitute important documentation of the epoch of Polish fleet on seas and oceans. They vary in tonality. Some of them are full of humour, while some show the horror of the sea. Together, they form a fascinating chapter in the history of marine and Polish culture. They show the life of a certain community, which was composed of the passengers and crew of Batory as well as some eminent personalities, like the sea captain, Tadeusz Meissner.

Many of the photographs by Florian Staszewski are available in the online collection of the Emigration Museum in Gdynia. It provides the Internet users with more than 10,000 pieces connected with not only ocean liners, but also the widely understood trips of Poles from the 19th century until today. A large part of the collection comes from the emigrants themselves and their families. Therefore, many of them are accompanied by fascinating, intimate stories. The Museum collects them as a part of the Object with History project.