Beyond the Borders of Art: Jan Lebenstein 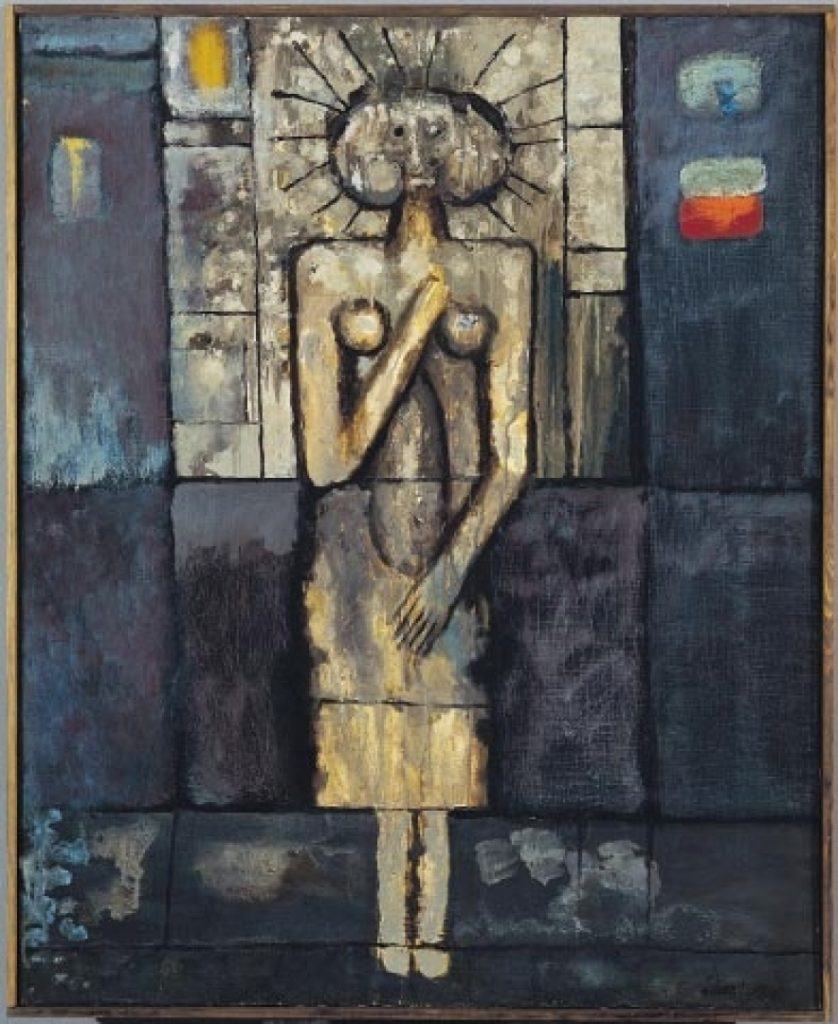 A friend of Miron Białoszewski and an artist affiliated with the Parisian “Culture”, always independent and a little alienated – Jan Lebenstein took good care of his extremely personal art all his life. He preferred to nourish his imagination with relics of ancient civilizations rather than with contemporary styles and trends. Through his processing of Sumerian, Babylonian, and Egyptian mythologies, he established his own subtle and inimitable language. As part of “Beyond the borders of art” series, we invite you to get acquainted with the output of an artist who occupies an exceptional place in the history of Polish art of the 20th century. The lecture will be conducted by Magdalena Szafkowska of the National Museum in Wrocław.

This is the second time the Emigration Museum in Gdynia ventures “Beyond the Borders of Art” and extends an invitation to get acquainted with the silhouettes of distinguished, celebrated (but also less recognized) emigrant artists. The cycle of eight lectures will familiarize participants with artistic fortunes of creators that voluntarily chose – or were forced to choose – a life away from Poland and will retrace their influence over the realm of art in Poland and in the world.

Lebenstein’s life, as well as the choices he had made, all stemmed from his alienation from a hostile environment, as well as from his rejection of post-war political reality in Poland and in the Eastern and Central Europe. His personal tragedies played a similarly important role: the loss of his father – presumably murdered by the Soviets during the war – and his brother, shot dead by the secret police in 1946.

All those circumstances, augmented by his extraordinary sensitivity (even for an artist), determined his worldview and the way he transposed it onto paper and canvas.

Lebenstein’s migrations can be understood quite literarily due to his permanent stay in Paris, and yet he had chosen a particular kind of “inner emigration” much earlier – in Warsaw. He had chosen alienation and isolation from the environments he lived and created in (also later in Paris). It was manifested by his lifestyle, but mostly by his painting – completely separate and independent from trends.

Already at the beginning of his artistic way, unexpectedly out of a strong inner need and almost out of necessity, he tackled and processed in various ways the motif of a man stretched out on an axis – grotesquely formatted just like the reality that surrounded him. This was his way of closing the prize-wining, vividly mature series of tale-like, nostalgic sceneries from Rembertów during the legendary “thaw era” showcase in Warsaw Arsenal. Interestingly, the very same sceneries – often compared to Utrillo – inspired critics to predict a brilliant career for this your artist.

The lecture on Jan Lebenstein’s output will be conducted by Magdalena Szafkowska of the National Museum in Wrocław.

Magdalena Szafkowska – graduate of the Department of History of the University of Wrocław in 1981. Beginning with that year, she worked for Gabinet Grafiki [ang. Chamber of Graphic Design – trans.] in the Library of the National Ossoliński Institute. Since 1986, she has been working for the National Museum in Wrocław – in the Department of Ancient Graphic Design from 1992 to 2008, later in the Department of 20th and 21st Century’s Graphic Design and Drawing. Author of exhibitions and catalogues on the subject of the iconography of Old Wrocław, as well as presentations and studies of contemporary Polish artists, such as: Eugeniusz Get Stankiewicz, Teresa Jakubowska, Zdzisław Jurkiewicz, Aleksandra Jachtoma. In 2014, she contributed her work during the organization of Jan Lebenstein’s exhibition based on the collection of the National Museum in Wrocław. Between 1999-2013 she held workshops on museum studies for students of University of Wrocław’s Department of Art History.