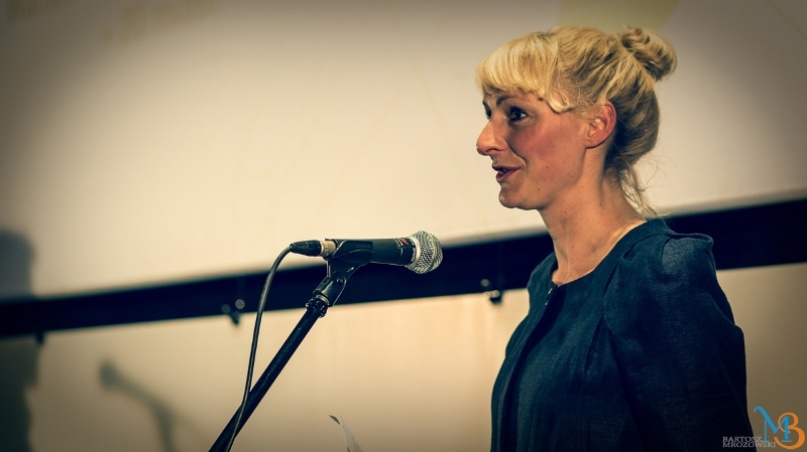 A suggestive image of an emigrant community, the profound influence of communication technology on the phenomenon of emigration, and – most of all – a portrait of a person who is not afraid to fight for the freedom of her countrymen. The Emigration Museum in Gdynia Award for a film focused on migration went to the documentary entitled “#chicagoGirl – The Social Network Takes on a Dictator”, directed by Joe Piscatella. This year’s edition of the Planete Doc +FF marks the debut of this award.

The film’s protagonist is a teenager of Syrian descent living in the United States, Alai Basatneh. She assists in the co-ordination of activities of Syrian revolutionaries through social media. The film sheds light on the commitment of the young generation of emigrants who haven’t forgotten about their origins and actively support the social and political transformations taking place in their countries. One of the jurors , Andrzej Kołodyński, said “It is a dynamic picture, a film documenting what is happening day by day. It’s hard to overrate the importance of this recording. It’s also hard not to appreciate its emotional power.”

The inner strength of the young emigrant is accompanied with the brilliant, perfect use of new technologies that have redefined the status of an emigrant. Despite the thousands of kilometers that separate her from her homeland, in her hands she has the power to change its fate. Maria Zmarz-Koczanowicz, film director and juror, noted that “viewers see the events through her eyes, in a way that’s all too familiar to us – through a computer screen, and this is what proves to be the most intense experience.”

Joe Piscatella’s picture shows us the importance of the phenomenon of migration. A person leaving their homeland continues to be connected to it with thousands of invisible ties – personal, familiar, cultural. The development of the Internet and the modern technologies allow us to be right next to a person living on a different continent. “There are roughly 200 million migrants in the world today – says Karolina Grabowicz-Matyjas, Director of the Emigration Museum in Gdynia – and the phenomenon itself turned into one of the differentiators of the era of globalization. Our institution – despite being focused on the history of emigration from Poland – participates in the discussion about the problems of modernity. This award should be considered as our voice and we hope it will inspire the exceptional audience of the Planete Doc+ FF to pay more attention to the question of migration – in all its astonishing diversity, as well as its individual and human dimension.

The Emigration Museum Award was established in order to single out the films that open a discussion on the meaning of emigration in the modern world, and yet, in this widely commented economic, social, and cultural phenomenon, they are able to maintain their focus on a personal story of a single man. The laureate was selected by the jury consisting of: Andrzej Kołodyński, film critic, Maria Zmarz-Koczanowicz, director, and Karolina Grabowicz-Matyjas, Director of the Emigration Museum in Gdynia. The prize is 2000 euro.

The Emigration Museum in Gdynia will present the “#chicagoGirl – The Social Network Takes on a Dictator” documentary to the citizens of Tricity in the nearest future.