Concerts with a view of the world: Paula i Karol 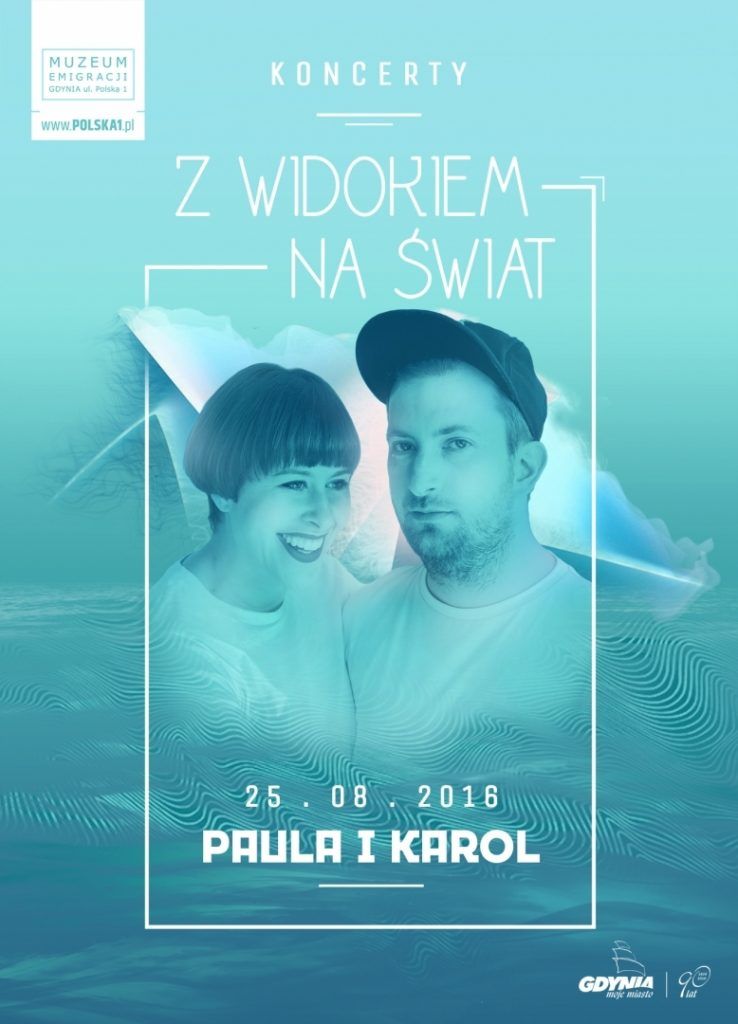 What does the contemporary folk, which reaches listeners of various ages and nationalities, sound like? You can find out on 25th August at 7:00PM at the Emigration Museum. Paula i Karol, one of the most popular Polish indie folk bands will play one of the Concerts with a view of the world.

After the energetic indie rock by BeMy and the hipnotic mellodies by Sister Wood, it is time for the last guest of this year’s Concerts with a view of the world – the Paula i Karol band, whose positive, neofolk tunes have been appreciated both in Poland and abroad. It was founded by a Canadian-born singer and violinist, Paula Bialski and a Polish vocalist, guitarist and composer, Karol Strzemieczny (Stan Miłości i Zaufania, Naiv).

Paula i Karol’s first EP Goodnight Warsaw was released in 2009. Their debut album Overshare was released a mere year later and received enthusiastic reviews in the media, on blogs and among fans all over Poland. In 2011, Louis Pattison from the Biritsh Guardian included them in the article about the hopefuls of the world pop music. Their songs are in English, which makes their music more universal and allows them to reach audiences all over the world. They have played concerts in Iceland, Germany, the Netherlands, Austria, France, Great Britain, the USA, Canada and Ukraine. So far, they have released two more albums: Whole Again in 2012 and Heartwash in 2014. Apart from their greatest hits, they will present the premiere songs from their new album, which is going to be released next year.

Concerts with a view of the world are a meeting with unique exponents of young alternative music.The presented bands are formed of musicians of several nationalities, who share the common language of music, which is their passion. Their songs show that travel and the experience of emigration allow to develop artistic awareness or find an extraordinary and personal sound. The unique terrace of the Emigration Museum’s is a location which provides a holiday atmosphere with a view of a working port and a horizon, with the ships leaving Gdynia fading towards it.

Tickets to the concert can be purchased at the Emigration Museum’s ticket office andonline [BUY A TICKET].

Concerts with a view of the world promote artists who have come to Poland from various directions and brought pieces of their cultures with them or those who looked for inspirations and new sounds abroad and became renowned. However, this division is not bipolar. Most of the bands are thrilling mixtures of several nationalities, who share the common passion and language of music. Their compositions show how travel and the experience of emigration develops their artistic awareness and lets them find new sounds and cross more and more borders. The series of concerts at the Emigration Museum’s terrace with the view of the Gdynia port started in the summer of 2015. Then, you could listen to João de Sousa & Fado Polaco from Portugal, the Polish-German Eric Shoves Them in His Pockets band or Kari, an award-showered Polish vocalist who records in London.

One of the most popular indie-folk bands in Poland. It was founded by a Canadian-born singer and violinist Paula Bialski and a Polish vocalist, guitarist and composer, Karol Strzemieczny (Stan Miłości i Zaufania, Naiv). The British Guardian put Paula i Karol on its World Sound 2011 recommendation list, which presented young bands.After releasing its EP Goodnight Warsaw in 2009 and the first studio album Overshare a year later, the band has gathered enthusiastic reviews in the media, on blogs and among fans all over Poland. They were called “the discovery of the year” or “the most interesting and one of the most important new Polish alternative bands”. Their songs are not only catchy tunes. They also have lyrics, which radiate honesty, a sense of community and a distance to postmodernist prose. Their universal message reaches listeners of various ages and nationalities. So far, they have released 3 studio albums. Apart from the debut Overshare, Whole Again was released in 2012 and Heartwash in 2014. At the concert in the Emigration Museum, apart from its greatest hits, the band will play a few premiere songs from their new album, which they are planning to release in 2017.