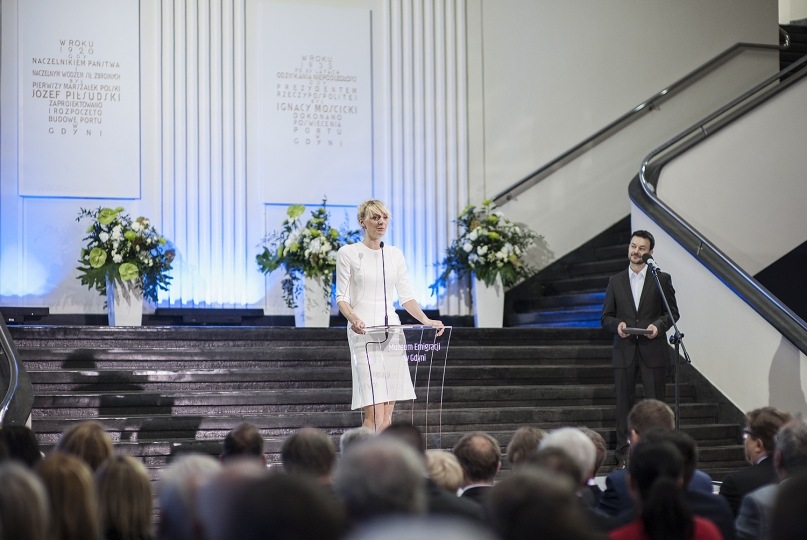 The Emigration Museum in Gdynia has opened. At the historic Marine Station on Polska Street 1, a unique and thoroughly modern institution, focused on the documentation of Polish emigration from the 19th century until the present day, has been established.

It is impossible to understand the history of Poland without first understanding the history of Polish emigration, which we want to recount at our museum. I hope it will become a platform of dialogue between Poles at home and those living abroad – remarked Karolina Grabowicz-Matyjas, Director of the Emigration Museum in Gdynia, during the opening ceremony.

The idea of locating the museum at the edifice of the Marine Station was applauded by Mr. Bogdan Borusewicz, Marshal of Senate. Emigration is part of Polish history, but it is also a very important part of the history of Gdynia – Marshal stressed. He went on to thank the creators of the museum for their work on the revitalization of the building, and appealed to emigrants to donate their keepsakes to the institution.

Professor Zbigniew Brzeziński – our honorary guest, who was unfortunately unable to attend the opening ceremony in person, due to health conditions – issued a special address: I am convinced that the museum will become a very important institution and one that will have its input in the shaping of our country’s bright future. In the morning, a special plaque commemorating the departure of the Brzeziński family to Canada in 1938, along with the 10-year-old Zbigniew, was unveiled on the quay next to the Marine Station. Several days ago, Professor Brzeziński relayed a special gift to the museum too – his correspondence with Pope John Paul II.

Mr. Wojciech Szczurek, President of Gdynia and the initiator of the museum, reminded us that there are close to 20 million Poles living outside of Poland today. It was here, in Gdynia, where many Poles began their emigrational trail and the foundation of the Marine Station was a part of our state’s conscious policy at that time – to take care of those who decided to choose emigration. Today, wherever Poles may live, they continue to form a community that should offer support to its members.

The Emigration Museum in Gdynia will be accessible to visitors from 6 pm on Saturday, May 16. Until the end of May, admission is free of charge.