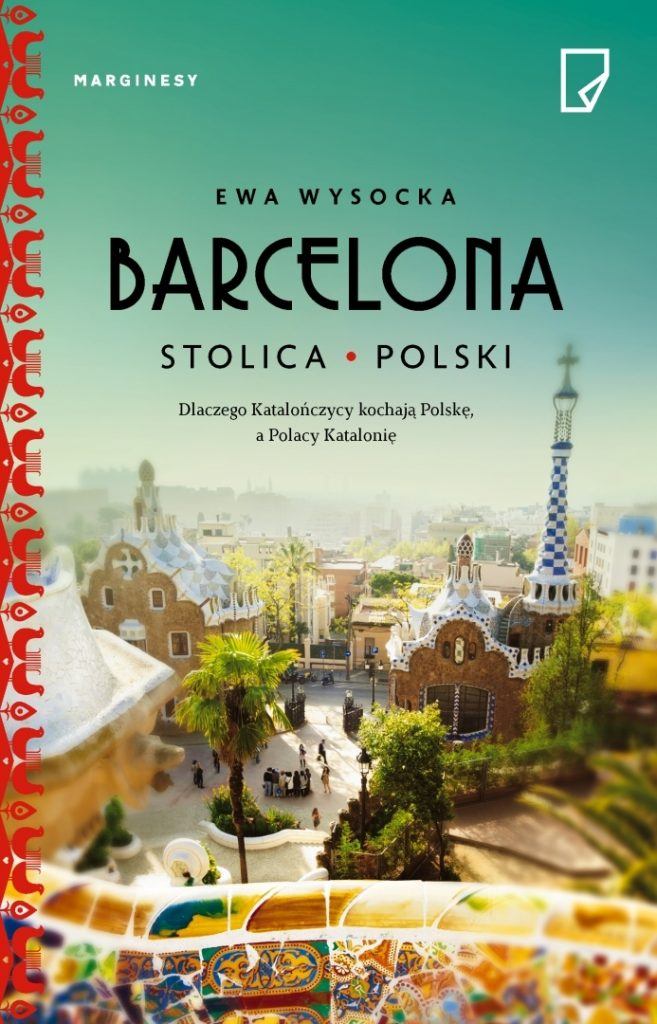 Why do the Catalan love Poland and the Polish love Catalonia? On 20th August, a 4:00PM Ewa Wysocka, a correspondent of the Polish Radio in Barcelona of many years’ standing will talk about the often surprising connections between the Polish and Catalan cultures.

Ewa Wysocka, a journalist, has lived in Spain for 40 years. In her book Barcelona stolica Polski (Barcelona, the Capital of Poland) she refers to many facts, which reveal the spiritual similarities between Poles and the Catalan. At the times of Franco, the Catalan were called “Poles”, which was seen as offensive. However, instead of feeling ashamed of the name they were called, the Catalan used and still are using the Slavic origin they were been given.

The Polish and Catalan cultures interpenetrate in many aspects. The entire generations of the Catalan have been raised on the Bolek i Lolek cartoon. The title of the satirical show which is the most popular in that region is Polònia, Sławomir Mrożek is one of the most beloved writers there and the tickets to Krystian Lupa’s performances sell like hot cakes. A walk around Barcelona will lead you to places which were visited by Chopin, Anders, Kapuściński and Gombrowicz. A Polish restaurant or shop is not hard to find either. There is a painting of Black Madonna of Częstochowa in the Cathedral. The success of the Barҫa (today’s FC Barcelona) club began with a Polish player, who played there without receiving remuneration. When referring to many interesting facts, the author mentions the famous Mury (Walls) by Jacek Kaczmarski, which also has a Catalan origin. The piece which it is inspired with, L’Estaca, was written by Lluís Llach, a Catalan songster who is a politician now.She also describes the Catalan adventures of famous Polish figures like Frédéric Chopin, Witold Gombrowicz and Ryszard Kapuściński.

The meeting with Ewa Wysocka at the Emigration Museum will be moderated by Barbara Piórkowska, a writer and poet from Gdańsk, the author of the novel Szklanka na pająki (Glass for Spiders) and Utkanki, a collection of essays about Gdańsk.

A graduate of archaeology at the University of Warsaw. She cooperated with the Nowa Europa daily, Wprost, Newsweek and Rzeczpospolita as a journalist. A radio correspondent in Spain of many years standing. First, she worked for the Cracow RMF FM. Now she is associated with the Polish Radio. The author of the book Barcelona stolica Polski (Barcelona, the capital of Poland) published by Marginesy in 2016.

A writer, a poet, a literary critic. The author of the novel Szklanka na pająki (Glass for Spiders) (2010), three volumes of poetry (like International, 2012), a poetical audiobook, song lyrics (Natalia Grzebała’s Piórko album) and a collection of essays Utkanki.