Gdynia in promotional and advertisement film 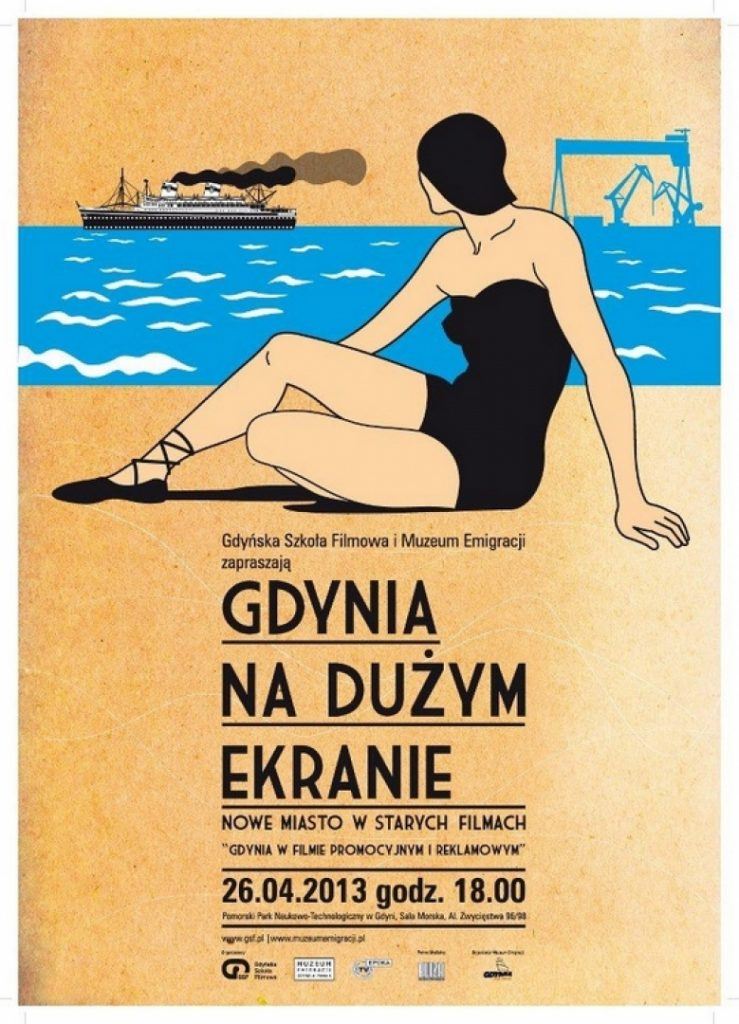 We invite you to the next meeting of “Gdynia on a Big Screen”.

On Friday April 26 at 6 pm, the third meeting of “Gdynia on a Big Screen” cycle, entitled “Gdynia in promotional and advertisement film”, will take place in the Marine Hall (Sala Morska) of Pomorski Science and Technology Park in Gdynia.

The organizers would like to take this opportunity to invite you to review a selection of archive promotional, advertisement, documentary, and educational films produced in the 30s and the 60s and commissioned by the likes of Noeovox-Sektor, Center of Film Services and Cinema Advertisement, Centromor (Marine Center for Import/Export), Gdańsk-Gdynia Port Administration, and Administration of Port of Gdynia. It is thanks to them, that we may now witness the construction of modern port infrastructure used not only in order to transport goods, but people too. We may also see the construction of prewar and postwar Poland’s “gateway to the world” – a place worth coming to, and departing from into the world. These images shaped the legend of Gdynia, but at the same time were born from it – it was a vision of an organic relationship with the sea, which symbolized openness and a living contact with every part of the world.

This kind of film, often realized withan English lector, was to present the city and its industrial potential in an attractive way, and was a convenient tool in acquiring foreign investors. The films present modern methods of shipbuilding in Polish shipyards, and constitute a marketing showpiece of the port of Gdynia and its container terminal. Among the presented advertisements we will find very interesting short films encouraging the purchase of Polish yachts of various types. The meeting will also feature a particular gem of the film – “Ametyst Are The Girl’s Best Friend”, an advertisement produced probably in mid 60s featuring a model and a great star of Polish cinema of those days – Teresa Truszyńska, who won fame with her role alongside Zbigniew Cybulski in Janusz Morgenstern’s film “Good Bye, Till Tomorrow” (1960). This cinematic meeting with history will be possible thanks to the co-operation of the Gdynia Film School and entities studying the city’s history and its less known (although not less important) sides – something the Emigration Museum deals with, among other things.

A film historian dr. Krzysztof Kornacki (University of Gdańsk, Gdynia Film School) will be the guest of the meeting.

GDYNIA ON A BIG SCREEN is a cycle of thematic meetings addressed to the citizens of the city and enthusiasts of its history. The aim of this project is to publicly premiere less known and often unpublished archive film footage, chronicles, and fragments of documentary and feature films related to the history of Gdynia.

The screenings are open to the public and are free of charge. They are preceded by meetings with audience, lectures, and discussions prepared by the author of the project – journalist, director, and screenwriter Marcin Borchardt (Gdynia Film School) and his guests – distinguished historians of the city. The project is co-organized by the Emigration Museum in Gdynia, which yet again takes up the theme of the importance of the city on the map of domestic and foreign transit, communication and migration routes.

This year’s plan for the realization of the “Gdynia on a Big Screen” project includes five open thematic meetings with the participation of the audience. The next meeting, focused on the history of marine education in Gdynia and the most famous Polish sailing ship “Dar Pomorza, will take place in autumn.

Meeting: “GDYNIA ON A BIG SCREEN: Gdynia in promotional and advertisement film”,