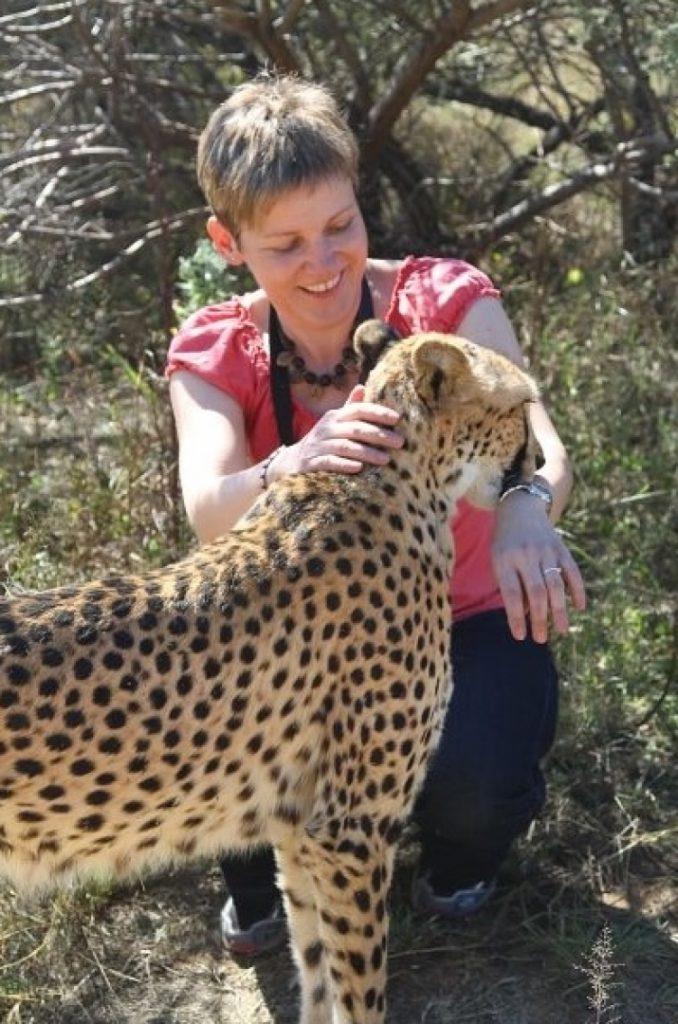 We encourage you to get acquainted with our interview with Monika Witkowska, traveler and juror of the “Man beyond borders” competition.

What is it that today’s travelers seek? What urges them to set off to the other end of the world?

First of all I would like to direct more attention to the definition of the word “traveler” as it has been a bit overused recently. It’s great that people want to travel the world, but let’s be honest – a person that buys a tour at a travel agency or one that travels around on business class having booked all the flights and hotels in advance – even if they travel several times a year – is not a traveler at all in my opinion, but a tourist. To me, a traveler is someone who prepares their journey (not a tour) on their own, makes use of local transportation, eats with local people, is oftentimes unaware of where they will sleep next, is open to adventure, and consciously embraces the fact that anything can happen – you win some, you lose some. More importantly, a real traveler is in touch with everyday, local people, learns the local “ins & outs”; crossing off the next place on their “to visit” list is not the essence of their journeys – in depth exploration is.

I make a certain distinction in my travels – tours that I guide as a pilot are not globetrotting accomplishments to me. To me, real journeys are escapades that I usually embark upon on my own (to be able to blend in with the local atmosphere better), traveling around just like local people or hitchhiking, sleeping in a tent I bring along, at the homes of the people I get to know along the way, or in cheap hostels. Another form of traveling I practice is seeing the world by means of sailing. In the recent years, these were mostly arctic journeys, which allowed me to reach places untouched by any tourists whatsoever.

Motivations to set off – not necessarily to the other end of the world, because one can travel quite near too – can vary. Each one of us is different, interested in different things, and this makes us all prefer a different kind of traveling. In my case, it is the will to learn about something different, something distinct, to reach places that haven’t been documented well, as they tend to be omitted by organized tours. Although I visit touristic landmarks as well (famous monuments, vantage points, museums), I am interested in people the most – their stories, their joys and sorrows, their everyday life.

Presumably, you also meet [Polish] emigrants during your travels. Were there any particularly memorable meetings among them?

As a Polish patriot, I am very sensitive to anything that’s Polish during my travels – I always look for Poles, visit Polish cemeteries scattered all over the world, seek out interesting people of Polish descent. The Polish flag I carry around on my backpack and tent is very helpful, so is the “Polska” cap with an emblem of the Polish eagle. Seeing those markings, people sometimes approach me by themselves and say they are Poles, someone from their families comes from Poland, or they tell me there’s a Pole living in the neighborhood. This is how – for instance – I met Mietek in distant, desolate Alaska – a Polish emigrant who was looking for gold there, or in Tanzania, right next to Kilimanjaro, I encountered people who arrivedduring World War 2 to a camp for Polish refugees and so it happened that they spent the rest of their lives there. I also have a good friend in Tanzania. She’s from the younger generation. We’ve been laughing about the story of our meeting ever since. I arrived on a night plane and, as the only passenger that wasn’t part of any organized tour, I had no transfer flight. No one was waiting for me, the night was dark, and I stood there with my backpack thinking how to get into town. Meanwhile, taxi drivers shouting astronomical prices surrounded me like hyenas. All of a sudden I saw a blonde girl in the airport currency exchange office – the only white person there – and I decided to ask her about cheaper ways of getting out of that void. She said she was about to finish her shift and she saw no problem in giving me a lift. After 15 minutes in the car – we spoke in English, obviously – she asked me where I was from. – From Poland! – I replied, to which she said in Polish: – Hi! I’m Aśka!

Or the meeting with another Aśka, this time in Eastern Turkey, inhabited by Kurds. I was climbing Ararat, the highest summit of the country, and I was literally shocked to find out that one of the shepherd tents nearby was occupied by Musa – a handsome Kurd, Dili – a cute, little blonde girl, and – to my astonishment – her Polish mother, Asia, who at the time went by a Kurdish name – Esmer…. A fantastic family who, from time to time, lived in Poland and sometimes in Turkey (in reality they were only visiting her in-laws in that tent, who were pasturing sheep; their house was located in the town at the foot of the mountain).

To be honest, I met local Poles in the majority of the countries I visited (and there’s more than 180 of them at the moment) and they all assimilated perfectly to countries so far away from their homeland, they are liked there and respected by the locals, which doesn’t interfere with their appreciation of their ancestry, with teaching their children the Polish language and traditions. From that point of view, the most notable example to me is the Polish village not far from Istanbul – Adampol, established by Adam Czartoryski in 19th century, known by the Turks as Polonezköy – even though the Poles that live there in fact have Turkish citizenship and until recently there were many who had never set foot in Poland (despite speaking perfect Polish). It was in Adampol, where I spent my best Easter a couple years ago – a very traditional one. I sometimes jokingly say it was more “Polish” than in Poland.

Your travel photography can be spotted both in the press and on the Internet. What is it that a person should know, if they want to document their journeys well?

I don’t see myself as competent enough to hand out advice and tips, because I’m not a photographer and I don’t have professional equipment at my disposal, simply because I can’t afford to buy it. I take pictures mostly for my own use and for those who wish to see them during my lectures, although they indeed get published in the press or in books. Unfortunately, the style of traveling I prefer doesn’t allow me to wait for good weather or optimal lighting conditions, hence it sometimes happens that I find myself in a particularly beautiful spot, but the pictures are so-so, because it was raining when I got there. I think my pictures are good for a different reason – they are far from being postcards, but my frames are less of a cliché – real life situations and curiosities that others find difficult to spot. In any case, I always try to have the camera with me, ready to shoot, although – on the other hand – when someone signals to me they do not wish to be photographed, I respect that. At one point, one of my colleagues – a professional photographer – pointed out that this way I might be missing the chance to take the “picture of my life” – perhaps it is so, but I try to respect the privacy of other people, their traditions, and their beliefs. To me, an originally dressed local person is not just a “subject” I can take picture of – that is, first of all, a Human. On the other hand, traveling on our own, we usually have both the time and the opportunity to talk to those people, establish a connection, and – as a result – convince them that even if they were initially against taking pictures, perhaps they would change their mind, now that we’re “friends”. Owing to this method I have quite a lot of “close-ups” of women in Arabic countries, such as Yemen, Oman, or Algeria – under normal circumstances, those women would never agree to having their pictures taken.

You just returned from a extraordinary journey. I guess we might be right in saying that Paweł Edmund Strzelecki – the patron of the “Man beyond borders” competition – had an influence on the goals you set for yourself in this undertaking?

It is so! Since I am close to completing the Crown of the Earth (conquering the highest summits of all continents), my last expedition brought me to Indonesian Papua where – after many days of crossing a really difficult jungle – I managed to reach the highest summit of Oceania – Carstensz Pyramid (4 884 m). The second stage of that trip took me to Australia and its highest – although technically easy – Mount Kosciuszko (2 228 m). I knew, of course, that Tadeusz Kościuszko never set foot in Australia and the name of our national hero found its way to Australian maps thanks to Paweł Edmund Strzelecki, who was the first one to conquer that summit in 1840. It occurred to me, that it would be “cool” to commemorate Strzelecki’s achievements in the field exploration by climbing “his” mountain, too – Mount Strzelecki on Flinders Island off the coast of Tasmania. The mountain isn’t very high (only 756 m), but it has to be approached right from the sea level and the ascent is not that easy at all (incomparably more difficult than that of Mount Kosciuszko) as it leads through a thick rainforest. As a side note – the Australians are not able to pronounce those Polish names. They don’t understand when we say “Strzelecki” (pronunciation: ‘stshe-letz-ki’ – trans.), for them it is pronounced “Streleki”, while “Kościuszko” (pronunciation: ‘kosh-chush-ko’ – trans.) is “Kozyusko” to them. Many people asked me to repeat the correct pronunciation several times so they could learn it.

As for the island where Mount Strzelecki is located, I highly recommend it – a magical place! Among 700 inhabitants there, I found some Poles too: Jadwiga (Yaga) and Wojtek (Voiteck) Lipski – emigrants from the days of “Solidarność” (early 80s), wonderful, hospitable people that all locals spoke very highly of. What can I say? I am always happy to hear that Poles are appreciated. That’s when I am particularly proud that I’m Polish!