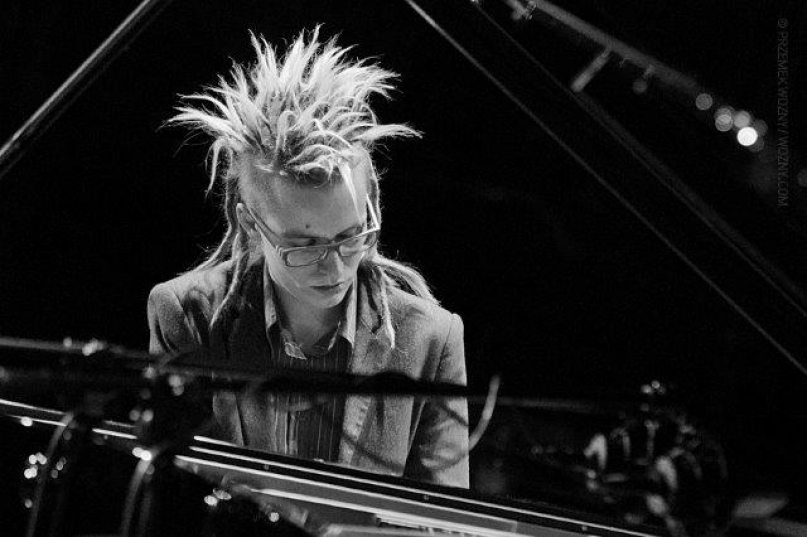 On November 30, Joanna Duda, together with Marek Pospieszalski, performed the “Chopin in Jazz” concert on the Chamber Stage of the Music Theatre in Gdynia, a concert that featured unusual improvisations inspired by this great composer. The performance, which met with huge interest, was part of the event “Ultrasonic Chopin”. We asked the artist a couple of questions.

What is the phenomenon of Chopin’s music? What makes us listen to it continuously?
It’s hard to answer this question collectively, because I can only try to guess the reasons of individual enthusiasts.

Personally, I have great sentiment for his music, as I graduated from classical schools, and piano has always been my primary instrument, hence – as an ambitious child – I always dreamed of winning the International Chopin Piano Competition.

His compositions seemed very difficult to me, and the feeling that accompanied struggling with the text of the first Ballad I ever read is unforgettable. To this day, I find in his music something absolutely fascinating and hypnotizing. Chopin has always accompanied me – as a figure with an original personality and sense of humor, he is very close to me. When I read the biography by Tomasz Zieliński, I discovered that the true date of his birth is March 1, not Fabruary 22, as stated incorrectly in his birth certificate. March 1 is also my birthday; this makes Frederic present in my life, too, and I have warm feelings about him.

Is Chopin of special significance to You?
Absolutely. Among other reasons, it is because pianists in Polish schools are educated in a cult of Chopin, and such an event as the International Chopin Piano Competition tends to overshadow all other piano competitions in the world. He is also the first Polish composer to achieve great things in music. Therefore, he remains deeply rooted in my musical consciousness, even more so since the genius of his compositions is embedded in most of his works, which I studied as part of my Analysis of Music Forms class on university.

Does jazz allow you to discover something new about Chopin’s music?
Jazz, and improvisation in general, are key factors to a deeper understanding of music, including Chopin. Composition stems largely from improvisation recorded in notation. In his day, Chopin was known and appreciated mainly for his ability to improvise. Understanding this thought process allowed me to get to know the composer’s work “from the inside”; in fact, every time I listen to his compositions, I discover something new, something that changes the reality around me.

This is not the first time you are playing together with Marek Pospieszalski. How did the saxophone meet the piano?
We met a long time ago during a recording session with Jerzy Mazoll in Radio Gdańsk. Marek drew my attention with his completely different playing style – something I hadn’t seen before. So our paths crossed in Wojtek Mazolewski Quintet; together with Jerzy Rogiewicz we established the “Hotgod” ensemble playing jazzpostpunk, and later the “Miód” duo (Eng: Honey), which – to our surprise – causes a lot of controversy among our listeners. Perhaps it is due to our different approaches to the question of “saxophone meets piano” than what a potential jazz listener might expect. We are both deeply rooted in modern music in its every aspect, and we both have a broad spectrum of interests – we are always looking for new inspirations.

Can improvisation be prepared at all?
Naturally. Improvisation doesn’t arise from nowhere; it is a combination of different skills – the knowledge of how to play an instrument, familiarity with the language of improvisation we wish to employ (styles – jazz is but one of them), and the ability to translate emotions into music. These are also accompanied by “musical personality” – the result of the character of a given musician. Each of these elements is equally important and requires years of practice. Additionally, improvisation usually refers to a particular piece of music, hence every musician who is able to improvise is to some extent prepared to approach this question in their own way.

What are Your expectations with regards to “Chopin in Jazz”?
I think it is what I might expect as a listener – an original approach to arrangements, surprising turns of scenic action, the balanced disposition of energy and tensions during the concert, and a varied palette of employed musical tools. I wouldn’t like to be bored even for a moment, and at the end I would like to feel a slight hunger for more.