Invitation to an exhibition 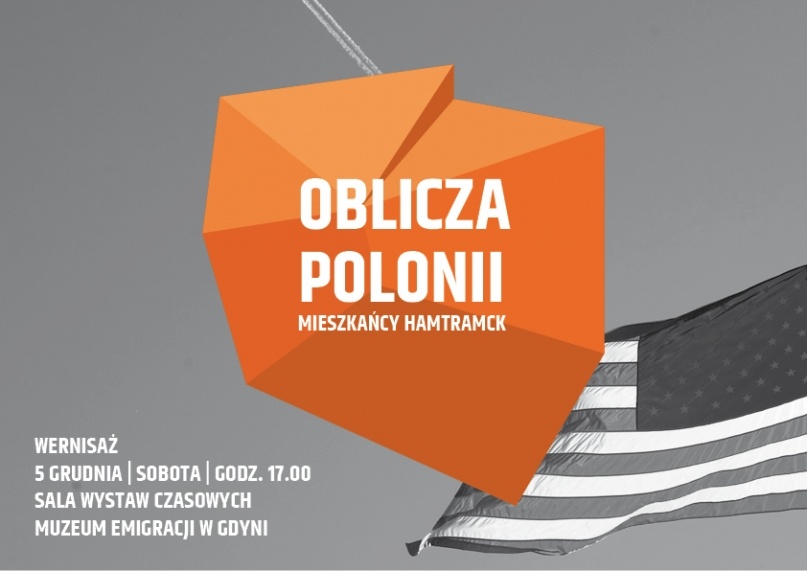 Once a town on the outskirts of America’s motor industry capital where 9 out of 10 inhabitants were Polish. Today a place where you can hear 26 languages in the street and the community is made up of migrants from Poland, Bangladesh, Yemen, Bosnia or Ukraine. Hamtramck – until recently a unique enclave of the Polish diaspora outside Detroit and at present the first town in the United States with a Muslim majority on the Town Council. More on this place so full of contrasts and the community which shapes it in the first temporary exhibition at the Emigration Museum in Gdynia.

Hamtramck is a melting pot of nationalities, cultures and traditions, where for decades Poles made up the majority of residents and where they have been actively involved in the town’s cultural, political and social life. Polish emigrants in the early 20th century had a special role in turning a farming village populated mainly by German settlers into a thriving industrial town within a mere ten years (1910-1920). Such a dynamic change was propelled by the establishment of the Dodge Brothers Motor Car Company Plant, where the majority of workers came from Poland. For years Hamtramck served as a perfect example of Polish-American culture. Even in the 1970s, 90% of town’s residents were Polish, while today the nearly 3,500 people of Polish origin make up a mere 14.5 % of the town’s population. New ethnic groups are appearing in their place, mostly from Arab countries. Located near Detroit, Hamtramck found itself amidst the social and economic change which affected the legendary Motor City, where the collapse of the motor industry became the symbol of the end of the American Dream. Despite the economic and demographic change, Polish traditions are still alive, streets bear familiar-sounding names and the town is peppered with Polish churches, shop signs or monuments, including one to John Paul II, who visited twice.

The multicultural history of Hamtramck, rich in Polish threads, attracted the interest of the Emigration Museum in Gdynia and two documentarians. Americans of Polish descent, Polish immigrants and even a couple of “Poles by choice” – 30 people told the story of their lives as part of the project “Faces of the Polish Diaspora: People of Hamtramck”. Researcher Dr Anna Muller from the University Michigan-Dearborn conducted a series of biographical interviews developed with the help of a collection of artistic snapshots of the city and its inhabitants by an artist photographer Tomek Zerek.

Photos and statements by the town’s residents make up an exhibition which tells of modern Hamtramck and poses questions as to changes in Polish identity and the influx of other cultures into this provincial but, at the same time, multicultural town. The interviews also reveal changes in Polish identity as experienced by second- and third-generation Poles who often can no longer speak Polish. Through the lens of their stories we learn of the small Polish community which faces the same challenges which might be experienced by Polish emigrants anywhere else in the world. The exhibition also presents an interesting blend of Polish-Catholic influences and the cultures of the East and the South. The ethnic make-up of the town is undergoing change, with Polishness gradually giving way to Arab culture and Islam. It was the theme of great social change which especially preoccupied the photographer Tomek Zerek, the originator of the exhibition: Hamtramck has something of the jewellery box about it, because, when we get out of the car, doors open up which lead us to unseen living spaces, people and cultures – fragments of worlds brought over in suitcases, heads and hearts. Hamtramck claims that it is one of the five most diverse societies on the planet, says Tomek Zerek.

His colleague, researcher Dr Anna Muller sums up her work on the project: A lot of surprises. The history of this city is incredibly rich. Several times a day I would be working out chapters for a potential book in my head. This diaspora is completely different, different to the one in Chicago, for instance. Hamtramck community was built by workers, and was a very poor, badly educated community, but one which led to the formation of trades unions in the region. In other words, it built relations between workers and management and affected the face of American capitalism in a place where it was undergoing intense development.

The exhibition “Faces of the Polish Diaspora: People of Hamtramck” is the result of a more complex transatlantic project which, apart from research and cultural activities, also concentrated on educational activities aimed at integrating the local community. The consequence of all these endeavours is an exhibition which premiered in Hamtramck but which on December 5 can be viewed at the Emigration Museum in Gdynia. Admission to the exhibition is free of charge with the opening starting at 17.00.

The organiser of the project is the City of Gdynia in partnership with the Emigration Museum in Gdynia. The project has been partially financed by the Ministry of Foreign Affairs of the Republic of Poland as part of the competition “Cooperation with the Polish Diaspora and the Poles abroad in 2015”. American partners of the project are the PIAST Institute, Hamtramck Public Library and Hamtramck Historical Museum. The research has been partly financed and supported by the University Michigan-Dearborn.