Živa 2018 Award for the Emigration Museum in Gdynia 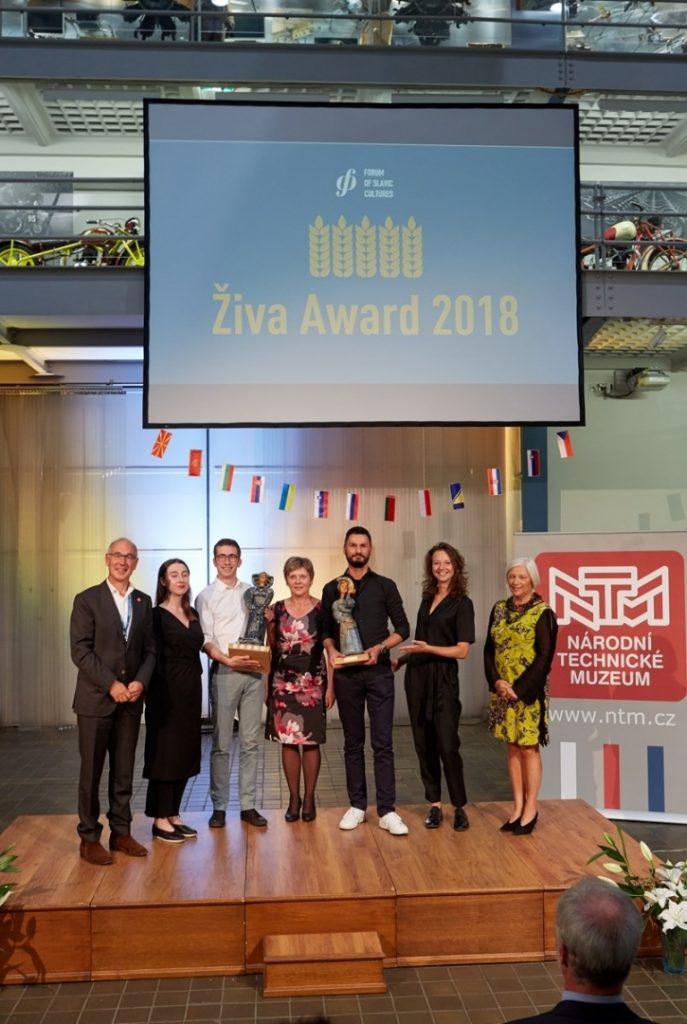 TheEmigration Museum in Gdynia received the main award in the Živa 2018 contest and was recognized as the best museum among Slavic states. The prize was awarded on September 14, 2018 over a formal gala, that took place in the National Museum of Technology in Prague. The 2108 nominees comprised 25 museums from 12 countries.

The statement on the award claims that: “the Emigration Museum attempts to present a 200-year history of emigration of the Polish nation through various exhibitions, scientific projects, abundance of activities and the use of contemporary communications tools. The institution perceives its social and educational role in strengthening of the common cultural identity and sense of national affinity”.

– We are proud that the jury honored the Emigration Museum in Gdynia with the main award. This is a result of work and commitment of the entire team – says Karolina Grabowicz-Matyjas, Director of the Emigration Museum in Gdynia. – We are glad that the ForumSlavic Cultures appreciated an involvement of the Emigration Museum, that, despite being a young institution, has made a firm mark on the cultural map of Poland. The jury particularly emphasized an out-of-the-box approach towards the role played by the cultural institution, social value of the projects and, what I really want to highlight – a passion and commitment of the whole staff. Simultaneously, this is the award for all the museum’s employees, whom I warmly thank to for their creativity and enthusiasm.

The Emigration Museum in Gdynia carries out a wide array of educational, cultural and scientific projects as well as workshops tailored to various target groups. – While working on the cultural offer, we try to differentiate it as much as possible, so to attract the museum’s audience – claims Anna Posłuszna, Head Education Specialist. – Therefore, the majority of activities are created together with our recipients and this was what the jury of Živa 2018 Award found so special.

The award had been established by the states associated within the Forum Slavic Cultures, believing that the know-how and sharing of common experience matters when it comes to developing the social role of museums. The Forum Slavic Cultures is an international non-profit organization established in 2004, combining over 300 million Slavs across thirteen Slavic states: Belarus, Bosnia and Herzegovina, Bulgaria, Croatia, Montenegro, Czech Republic, Macedonia, Poland, Russia, Serbia, Slovakia, Slovenia and Ukraine. The mission of Forum is to stimulate creativity of Slavic cultures, implementation of joint cultural, educational and research projects as well as their promotion in Europe and worldwide.