Journalists and the Polish diaspora media honoured at the Emigration Museum 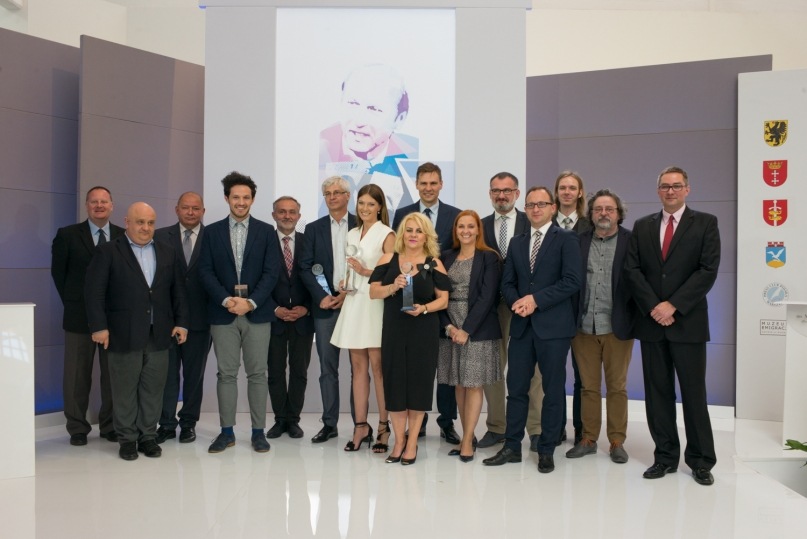 On 27th May at the Emigration Museum in Gdynia the Maciej Płażyński Award was ceremonially handed over to journalists and media that serve the Polish diaspora. The award winners are journalists from Sweden, the United States, Russia, the United Kingdom and Poland. The jury selected the winners out of 60 nominations.

In the category the Polish diaspora journalist the winner is Tadeusz Nowakowski, founder and executive editor of Nowa Gazeta Polska (The New Polish Newspaper) issued in Sweden. He was awarded for his bravery in dealing with very difficult and controversial topics as well as for a comprehensive journalistic activity, also in the Swedish language.

The jury also granted the special mention to Larisa Korenets from Radio Rodacy (Radio Compatriots), appreciating her unique and moving materials connecting descendants of Polish settlers with contemporary Poland, and particularly getting the youngest generation involved in this process.

In the category the domestic journalist dealing with topics of the Polish diaspora the winner is Agata Konarska from TVP (Polish Television), awarded for the introduction of a new type of media communication with Polish communities all around the world and for persistent building of lasting ties with the diaspora.

The special mention was granted to Dionisios Sturis, journalist of TOK FM radio, for documenting the most important and the most difficult problems faced by Poles living abroad.

In the category the foreign journalist dealing with topics of Poland, Poles and the Polish diaspora the winner is an American journalist Rita Cosby. The award was accorded in recognition of the continuous presentation of the Polish present and history to the audiences of the most serious American media.

In the category the Polish diaspora editorial office the award was handed to Polish Express weekly from Great Britain. The award was granted for taking important and valuable initiatives in the interest of Poles living in the UK, as well as for continuous improvement and optimal use of modern technologies in reaching out to the audience.

The winners were selected by the jury composed of: Jakub Płażyński (President, son of the Patron), Jarosław Gugała (Polsat TV), Jerzy Haszczyński (Rzeczpospolita), Małgorzata Naukowicz (Polish Radio), Antoni Szymański (Senator of the Republic of Poland) and Sebastian Tyrakowski (Deputy Director of the Emigration Museum in Gdynia, the secretary of the jury).

The Maciej Płużyński Award is granted in recognition of work of journalists and media serving the Polish diaspora. The intention of its initiators is to preserve in the memory of Poles the figure and accomplishments of the award Patron – anti-communist opposition activist, the first non-communist Gdansk Governor, Marshal of the Sejm and Deputy Marshal of the Senate, President of the Association Polish Community (Stowarzyszenie “Wspólnota Polska”), a broad-mined figure with a far-sighted look at Poland and the world.

The awards in each of the three journalistic categories is a statuette and a financial prize in the amount of PLN 10,000. The award in the category the Polish diaspora editorial office is a statuette.

The Maciej Płużyński Award for journalists and media serving the Polish diaspora was founded on the initiative of Press Club Poland, Jakub Płażyński, the mayors of Gdansk, Sopot and Gdynia and the Marshal of Pomeranian Province.