LOVE STORY FROM THE LOST TAPE 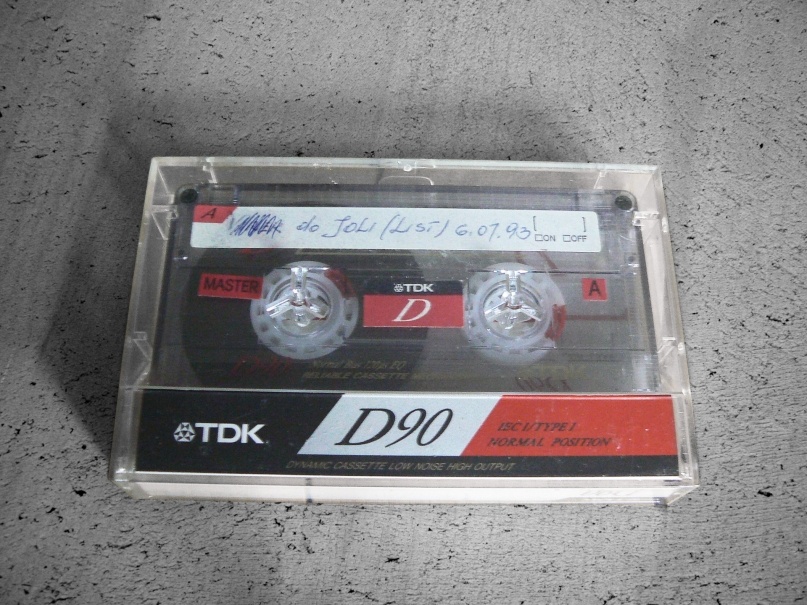 AMAZING FINDING IN THE GARDEN GAZEBO.

The author of letters wanted!

The Museum of Emigration in Gdynia is looking for the author of letters recorded on the tapes or the person to whom they were addressed.The sender of accidentally found recordings was an emigrant living in Australia, and a woman living in Wrocław was an addressee.

The tapes contain 8 hours of recordings, and the correspondence comes from 1993. An anonymous sender sent them for several months to Jolanta, a woman close to his heart.They met shortly before his departure to Australia.

The recordings are a unique record of the life of the emigrants. They show a picture of a man who struggles with its everyday problems, and he is under influence on emotional separation. At the same time, he keeps a constant correspondence and often calls to his loved one, even though telephone charges for international calls are high for him. Both had children from their previous relationships: he had a daughter, she had a son. The author lived in the vicinity of Perth.He moved to Australia in the early 1980s, and previously worked in Germany.

His hobby was drawing biorhythms to determine how many things they had in common despite the physical separation. – “Our physical biorhythm looks like this, we are together on the top and bottom. We hold our hands and go up by 11.5 days, and later we go down by 11.5 days. Our physical biorhythm compatibility is 91%. (…) When we enter into a negative cycle, we know that we have to help each other, not get in the way, not to look for harassment, darling, not to discuss… He calculated that the total conformity of all biorhythms: physical, emotional and intellectual is 81%.

– No one has such a high ratio as we have. The best belongs to Rod Steward and Rachel Hunter – 78% [he referenced to the press article]. We are going hand in hand. This is our agreement; this is a cure for the problems of two people. However, let us assume that if hearts pulsate in the same rhythm and also in brains and hearts, then it may be important in the lives of two people.”For the purposes of biorhythms, the author calculated that their age difference was 9 843 840 minutes, i.e. more than 18 years.

In addition, the author was interested in stained glass, and after returning to Poland, he planned to open a stained glass studio. Was he succeeded? Did he return? How did his relationship with Jolanta end? Did she leave the country and join him in Australia, as they had talked about it?

The tapes were found in the yard between Święty Wincenty Street and Jagiellońska Street, next to the building of Ekocentrum in Wrocław. The map shows the approximate location of the place.

A remarkable coincidence that the tapes were found by a person who is professionally involved in the installation of sound and decided to check their contents, and then contacted the Emigrant Archives of the Museum of Emigration in Gdynia.

If anyone has information about the sender or recipient of the tapes, please contact: archiwum@muzeumemigracji.pl or phone number: +48 58 670 41 75.