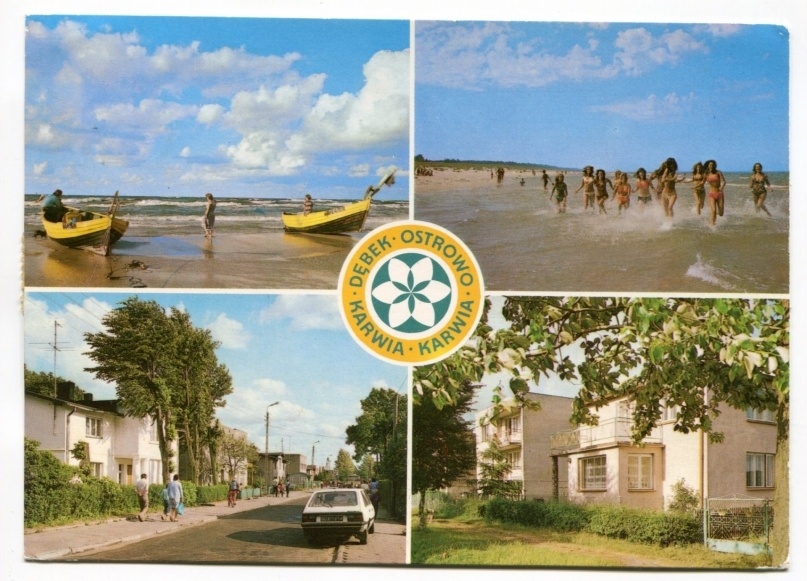 The meeting will be moderated by Hubert Francuz

What can a postcard tell you about the times, when it was made? On 23rd June, at 6:00PM, Hubert Francuz, an anthropologist, will provide hints on how to analyse and interpret postcards, in the context of a biography and a specific time.

Postcards are not only an image of their times, but also a depiction of what was considered attractive and worth showing to your family and friends. Another meeting of the Objects Now cycle will provide an occasion to have a closer look at the post-war Poland from this very perspective. Huert Francuz, a culture anthropologist and a graduate of the Academy of Photography in Warsaw, will tell us how to read stories about epochs hidden in the postcards.

The postcard collection of the Emigration Museum donated to it by Cecylia Niedenthal, a daughter of Polish travellers, will be the starting point for our deliberations. Cecylia Niedenthal’s parents settled in Brasil. They were also members of the expedition whose goal was to establish a Polish colony in Peru in the 30s of the 20th century. They had such eminent friends as Jarosław Iwaszkiewicz and Michał Choromański. Chris Niedenthal, one of the most renowned photojournalists in the world and the author of the famous photo of the Moskwa cinema in Warsaw with the Apocalypse Now by Francis Ford Coppola poster on the facade is Cecylia Niedenthal’s cousin. The photograph is considered the icon of the martial law period and a visual metaphore of those times.

Objects Now is a monthly cycle of meetings at the Emigration Museum. They present chosen objects from the Museum’s collection, which consists of more than 10 000 items. It is always an object, which cannot be found at the permanent or temporary exhibitions every day. Its history is presented in a wider context of culture phenomena, like design, fashion, art or music, by experts in given fields. The admission to all the meetings is free.

Hubert Francuz – a doctoral student at the Institute of Ethnology and Cultural Antropology of the Jagiellonian University; works on a dissertation on photographic portrait, based on an archive of glass negatives, which was found in Lublin. A graduate of the Academy of Photography in Warsaw. A participant of Polish and International enterprises connected with publishing internet museum and photography resources, out-of-school education and the use of new technologies in the cultural institutions. He has cooperated with the Foundation of Visual Arts, the Museum of History of Photography in Cracow, the Pro Helvetia Foundation, The “Grodzka Gate ‐ NN Theatre” Centre, the Academy off Fine Arts in Cracow, the Museum Education Forum, the Centrum Cyfrowe Projekt: Polska Foundation, the Zachęta National Gallery of Art and the Archaeology of Photography Foundation. He has published his texts in magazines, books and exhibition catalogues. Works at the development department of the Museum of King Jan III’s Palace at Wilanów. His job consists in issues connected with new technologies, implementation of activity-based management systems and social projects.