Poland does it with style! 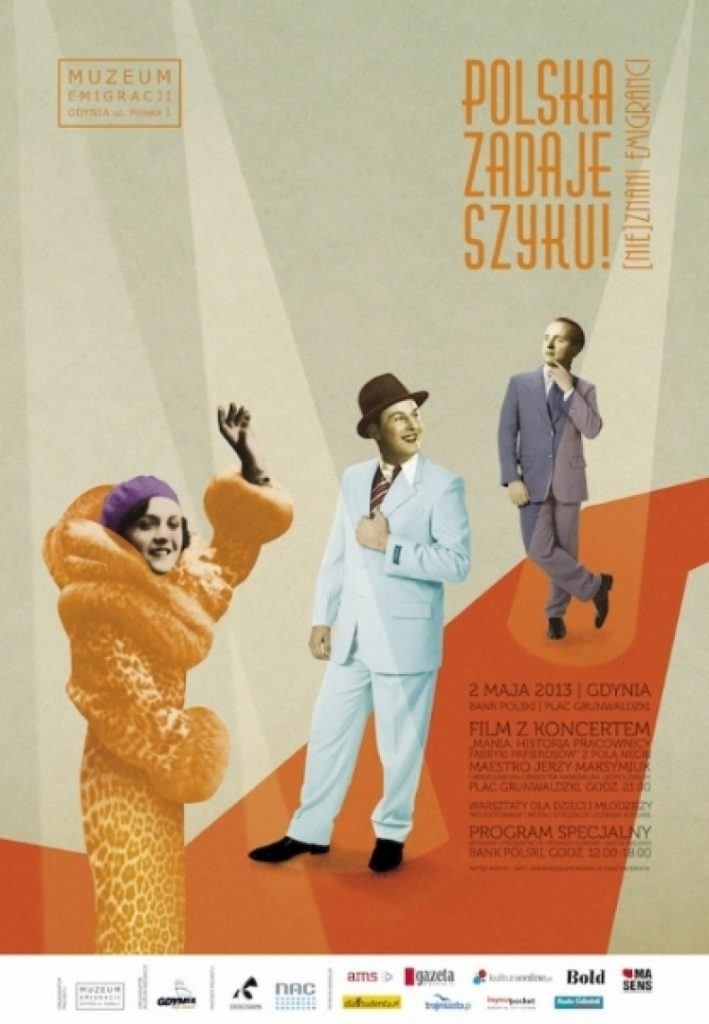 Pola Negri, Jan Kiepura, Antoni Cierplikowski and Sara Lipska – these Polish emigrants who set the tone in the prewar world of cinema, opera and fashion, will triumph yet again in Gdynia on May 2. In its “Poland does it with style” project, The Emigration Museum in Gdynia encourages you to take part in this springtime play with beauty and its history. Workshops, presentations, and special actions are all part of the program, and its grand finale will feature an unusual screening of a silent movie with Pola Negri – “Mania. Die Geschichte einer Zigarettenarbeiterin” accompanied with live music. This exceptional, open-air, symphonic concert will be performed for all the people present in Gdynia on May 2 by the Wroclaw Chamber Orchestra Leopoldinum led by maestro Jerzy Maksymiuk.

As part of the Polish presidency to the European Union, it had toured 10 European capitals – Berlin, Brussels, Kiev, London, Madrid, Minsk, Moscow, Paris, Pekin, and Tokio. “Mania. Die Geschichte einer Zigarettenarbeiterin” – an archive film from 1918 starring Pola Negri – was assumed lost for many years. When it was revealed that the last copy remained in the archives of a Czech collector, it was bought in 2006 by the National Film Archive. After the restoration, “Mania” could return to screens after almost a 100 years. The new soundtrack was composed by Jerzy Maksymiuk – a distinguished Polish composer and conductor. The National Film Archive project will be presented in Gdynia for the first time – in the open-air setting of Plac Grunwaldzki (Grunwald Square).

Within the “Poland does it with style!” project framework, the Emigration Museum in Gdynia presents silhouettes of exceptional Polish emigrants who gained recognition during the 20’s and 30’s of the XX century, and embarked upon international careers in the film industry, visual arts, design, fashion and music. They are legendary figures, yet still clouded in mystery – such as the versatile art visionary Sara Lipska, an idol of many stylists all over the world Antoni Cierplikowski, or the best tenor ever Jan Kiepura. The program sections include lectures, meetings, film screenings, workshops and urban actions. The “Poland does it with style!” project takes place as part of the Day of Polonia and Poles Abroad.

The detailed program will be announced shortly!

Free entry to all events.