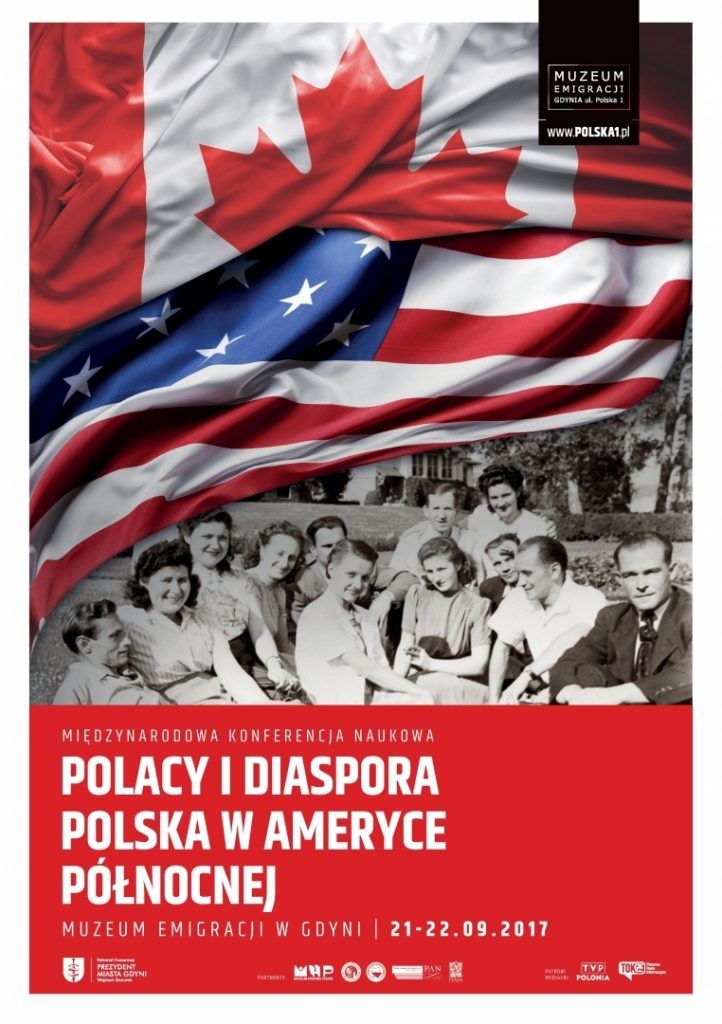 On 21 and 22 September 2017, the international conference “Poles and Polish diaspora in North America”: will take place at the Museum of Emigration.

The conference is devoted to the history of Polish-American emigration to North America, the formation and transformation of Polonia communities and the participation of Poles in social, cultural and scientific life in the USA and Canada. The session will be attended by approximately 70 scientists from Poland, the United States, Canada, France and the Netherlands.

The conference programme and biographies of participants (PDF to download)

During the planned conference, we will focus on issues such as: the history of emigration from Polish territories to North America; social, legal and political determinants of transatlantic migration; formation, development and transformation of the Polish community in the USA and Canada; Poles’ contribution to the political, social, cultural and scientific life of the United States and Canada; cooperation and contacts of diaspora with Poland and its influence on American-Polish and Canadian-Polish relations; language and identity of the Polish American community in North America; literary and cultural aspects of the Polish presence in the USA and Canada; functioning of the Polish organizations and media; activity of the Polish clergy on the American continent, the image of Poles in American and Canadian societies.

Partners of the conference: Committee on Migration Research of the Polish Academy of Sciences, Museum of Polish History,

We invite people interested in history and emigration to participate in the conference!