The Maciej Plazynski Award has been presented 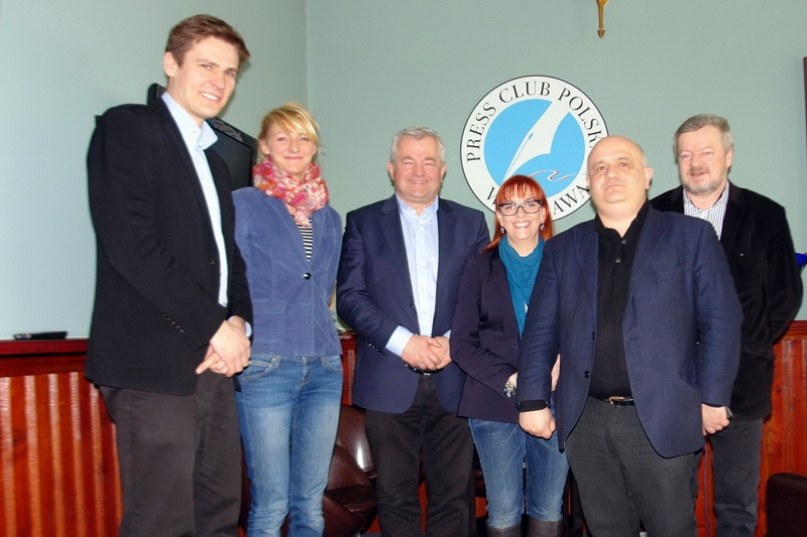 Journalists and media in service of Polonia have been honored

The prize for the Journalist of the Polonia Medium category was awarded to Andrzej Pisalnik from “Magazyn Polski”, “Głos znad Niemna”, and “Rzeczpospolita” newspapers, all edited abroad, for journalistic professionalism and tackling subjects important to Polish communities in Belarus such as access to Polish education, freedom of Union of Poles in Belarus, and documenting Polish heritage.

The jury also distinguished Tomasz Deptuła of the New York based “Nowy Dziennik” for his high level of journalism, activating the Polonia, and reinforcing patriotic and civil identity.

Maria Stepan from “Wiadomości” of TVP 1 became the laureate in the Domestic Journalist Writing About Polonia category for her series of reports featuring a positive message even in the hardest fates of Poles in the world.

The jury also distinguished Zofia Wojciechowska from Radio Wnet for her program “Pomost” (Bridge) which she uses to unify media and local communities of Polonia abroad.

Alex Storożyński received the award in the Foreign Journalist Publishing about Polonia category for his publications in the New York Post and other American media having a positive impact on the image of Poles and Poland.

In the Editorial Office of a Polonia Medium category, the prize went to “Monitor Polonijny – a socio-cultural monthly for Poles living in Slovakia – for the high level of the publication, presenting important events related to Poland and Polish-Slovakian affairs, as well as for having an impact on Slovakian public opinion.

The laureates were selected by the jury comprising of: Jakub Płażyński (Chairman), Andrzej Grzyb (Senator, representative of the Marshall of the Senate), Jarosław Gugała (“Polsat” TV), Jerzy Haszczyński (“Rzeczpospolita”), Małgorzata Naukowicz (“Polish Radio”) and Karolina Grabowicz-Matyjas (Director of the Emigration Museum, Secretary of the Jury).